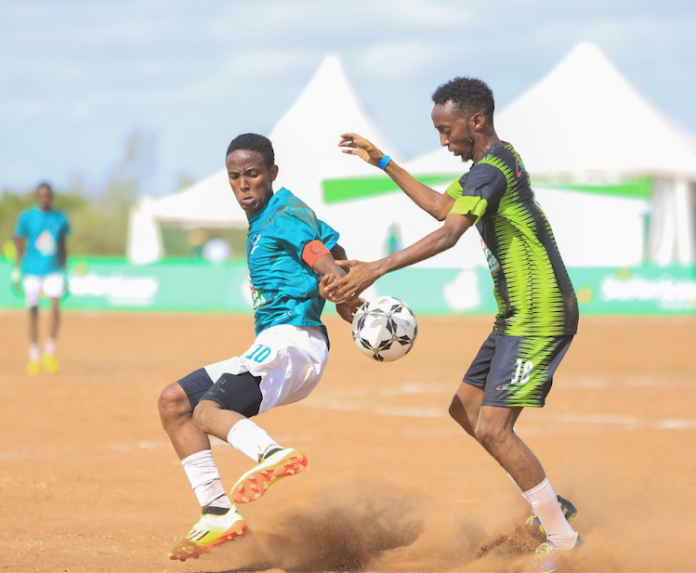 Garissa, Kenya…. April 23nd 2019…  Berlin FC from Garissa has cut the ticket to the finals of the Chapa Dimba Na Safaricom North Eastern region set for tomorrow at Garissa University.

Abdallah Marro tapped-in a cross at the 10th minute to give the Garissa team a one nil victory against Dadaab FC in the semis held today under the scotching heat.

“I am so happy we have made it to the finals. We play as a team and that is why I scored the winning goal. We will do our best and hope to win in the finals tomorrow,” said Abdallah Marro, player Berlin FC.

Due to high temperatures experienced in the region, the other semi between Al Ansar from Wajir and Jamia FC from Mandera will be played in the evening with kick offs at 4pm. The winner will square it out with Berlin FC in the finals tomorrow.

“We have had a tough game today with high temperatures but the boys have done their best. We are expecting a hard-hitting match tomorrow in the finals but we are ready. Our dream is to win national finals and we will put our energy towards this,” said Ahmed Mohamed, Coach Berlin FC.

The winning team in the tomorrow’s finals will join Euronuts and Barcelona from Central region, Mombasa’s Shimanzi youth and Changamwe ladies, Kajiado’s Al Ahly and Kitale Queens from Rift Valley, Bishop Njenga Girls and Lugari Blue Saints from Western, Manyatta Boys and Ndhiwa Queens from Nyanza as well as Super Solico and St Mary’s Ndovea from Eastern for the national finals set for Meru where KES 1M is at stake.

The competition will then move to Nairobi for the last region final as the race to La Liga heats up.

This year, an All-star team will be selected from the 8 regional finals to attend a training camp in Spain during which they will play against local youth sides. 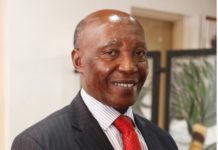 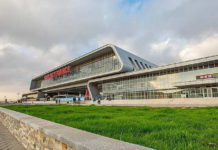 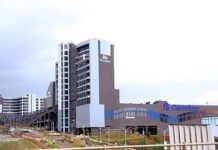 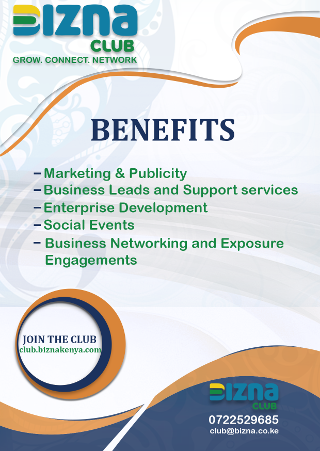