● With 375 songs and 50 albums to his name, John De’Mathew is arguably the most influential artist from Central Kenya.

● Before he ventured into music, De’Mathew used to hawk vegetables at Nairobi’s Soko Mjinga market, then sold meat in Kariobangi then left to Nakuru where he sold plastic shoes (Sadak).

● He composed his first song while still in Standard 7.

● He was introduced to fulltime music career by Timona Mburu and Joseph Wamumbe who helped him to release his first single “Jenifer” in December 1986 and in August 1987, he released “My Dear Nduku”, produced by Albert Gacheru (Wa Maitu), which was the hit that brought him to the limelight. 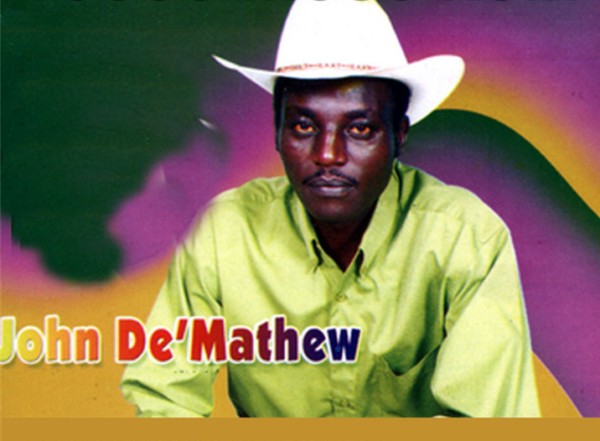 ● His best selling song was “My Dear Nduku” and “Njata Yakwa” which he performed with the current Murang’a Women Rep. Sabina Wanjiru Chege (who he says was never his girlfriend but just a pillar in his music career).

● His (own) favourite songs are “PIN Number” and “Muoyo Ti Kibandi”.

● Piracy started eating up their resources in 1992.

● His first car – Nissan Blue Bird which was followed by a Toyota E 91.

● De’ Mathew is married to two wives and 7 kids.

TROUBLE WITH THE LAW:

● De’ Mathew was among the 3 Kikuyu musicians who were arrested and charged hate speech in July 2012. The other two were John Muigai alias Muigai wa Njoroge, Mark Kamande wa Kioi.

● On the night of August 18 2019, John De’Mathew rammed into a trailer while driving his Nissan Navara pick-up near Blue Post Hotel Thika. He was pronounced dead at Thika Nursing Home where he was rushed for treatment.

Crypto-blockchain technology is in many cases regarded as the technology of the future. It is growing every day, attracting more users from around the...
Read more

The 10th annual golfing tournament was hosted at Karen country club saw Credit Bank amongst other corporates take part in this great cause of...
Read more

Wuhan City Coronavirus: There might be no hope of the government of Kenya evacuating Kenyans who are stuck in Wuhan City, China, where the...
Read more
- Advertisement -