Preventing Corona Virus in Kenya: The flight from China that landed yesterday at the Jomo Kenyatta International Airport was...
Read more

Wheat Farming: Kenya has lifted the prohibition on US wheat following a deal between President President Uhuru Kenyatta and...
Read more
Bizna Reporterhttp://bizna.co.ke

Affordable Housing in Kenya: One of President Uhuru Kenyatta’s ambitious legacy projects is the construction of some 500,000 new houses.

The houses have been billed by the government as affordable and so far, over 100,000 Kenyans have signed up for them. But the chances of these houses coming alive appear so far fetched, especially since the president has only less than 40 months remaining to the end of his second term.

This means that of April 2019, Uhuru would have needed to construct up to about 410 houses in a day and 17 houses per hour.

But these gloomy figures have not deterred Mr. Kenyatta from reiterating his aim in a series of tweets that were posted by State House hours to his State of the Nation address in April this . 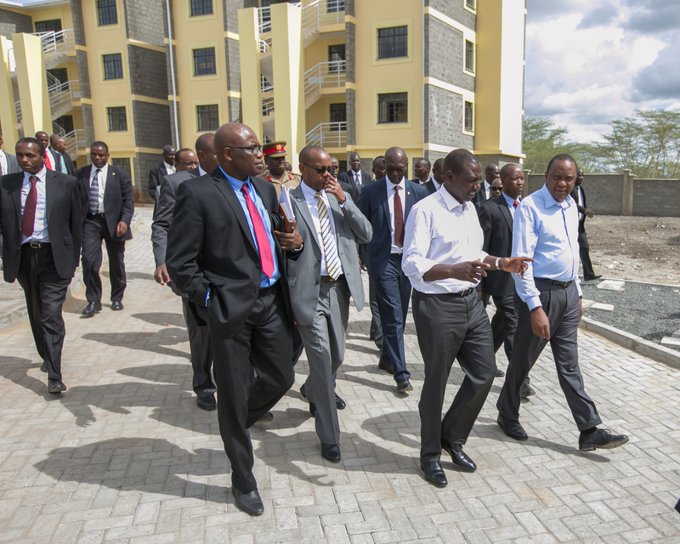 In one of these tweets, Uhuru said that his aim is still real.

“We aim to deliver 500,000 affordable housing units by 2022; universal healthcare for all; food and nutritional security; and sharply grow the manufacturing sector and value addition of our agricultural products,” said President Kenyatta.

“We aim to deliver 500,000 affordable housing units by 2022; universal healthcare for all; food and nutritional security; and sharply grow the manufacturing sector and value addition of our agricultural products.” – H.E. Uhuru Kenyatta#MovingForwardKe#SOTNKe2019

“Majority of Kenyans don’t have an opportunity to own a home and we are living in a scenario where as a country we have less than 500,000 people who have mortgages since independence. This is why we have #AffordableHousing programme.”

Under Uhuru’s leadership, the country has seen a sharp spike in the number of people struggling to own decent homes. Similarly, according to the Central Bank of Kenya (CBK), the number of Kenyans living hand to mouth has risen from lows of 30 per cent to highs of 51 per cent over the last three years.

As well, the amount public debt has shot up in tandem with the number of multi-billion scandals. It now remains to be seen if the current number of projects under the Big Four programme will see any light of day. Affordable Housing in Kenya.

Preventing Corona Virus in Kenya: The flight from China that landed yesterday at the Jomo Kenyatta International Airport was...
Read more
NEWS

Muranga Billionaires: Most of the central Kenya billionaires come from the same Rwathia village of Kangema, in Murang’a, succeeding in taking their businesses beyond...
Read more
AGRIBUSINESS

The 6 crops that will make you a millionaire quickly

Most profitable crops to grow in Kenya: Everyone likes making smart quick money, Right?  Now if you’ve passion for farming but with limited capital...
Read more

Two Rivers Mall Kenya: A prominent Nairobi mall that is associated with billionaire industrialist Chris Kirubi is at the heart of a property battle...
Read more

Suraya and Gatabaki: Real estate couple Peter Muraya and Susan Muraya, popularly known as Suraya are in the middle of yet another controversy. This...
Read more

Investing in Land in Kenya: Over the recent past, the property segment in the real estate sector has been getting hit, with houses on...
Read more