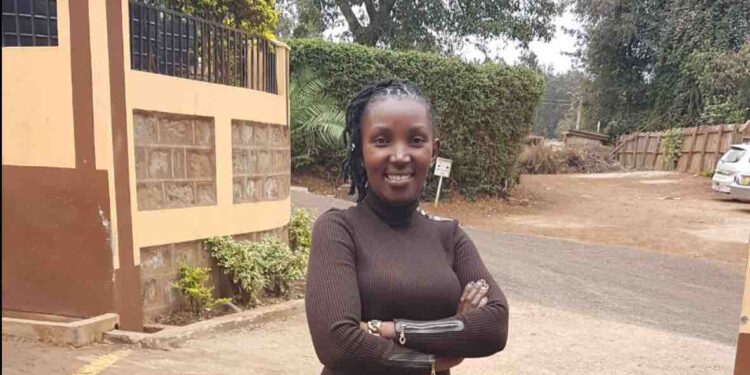 Caroline Maina Murder Investigation: An autopsy report has shown that businesswoman Caroline Wanjiku Maina, was murdered using a blunt object. As investigations heat up, it is now emerging that the murdered may have been instigated by a Sh. 20 million deal gone sour.

According to a report that appeared in The Star newspaper, the payment of Sh. 20 million for a road construction tender is at the centre of investigations.

“Some of the suspects in custody have told police they were partners with Caroline Wanjiku Maina in a construction firm that won a tender to build a sidewalk in one of the counties. They said she had been paid the money but failed to honour her promise. According to statements recorded by the suspects, there were four partners in the company including Wanjiku. The others were two men and another woman,” the report said.

The report further said that it was Caroline Wanjiku Maina who had won the tender. However, she did not have enough money to deliver. She sought the help of her partners who gave out money in anticipation of profits once they are paid.

“They claim the deceased was paid the money and did not pay their share as agreed, which caused the rift for a while,” the Star quoted an investigator.

Apparently, after failing to honour part of the deal, Waniku was threatened with dire consequences.

“The suspects claim they were also upset after they learned Wanjiku had bought a four-wheel-drive car for her use. Under pressure, Wanjiku was informed by a friend she could make quick money through a loan from a Sacco. She told one of her friends that she wanted to boost her Sacco shares to enable her get a threefold loan for her to pay her partners,” The Star reported.

On the day Caroline went missing on February 12, she withdrew Sh. 350,000 from one of the banks in Nairobi, and went to meet one of the suspects at Ngara. However, it is claimed that the suspects who were at Ngara were not pleased that she had brought Sh. 350,000 only.

“From Ngara, they drove towards Museum Hill, Waiyaki Way, Naivasha Road and stopped at Gatina area within Kawangware. All along, someone else was driving Wanjiku’s Toyota Axio car, which they abandoned in Kawangware. The group then proceeded to Kajiado where they told police they tortured the woman before killing her. Their movements were captured on security cameras along the roads they used,” the Star reported.