Home » FEATURED » How Caroline Maina was murdered and dumped in Kitengela 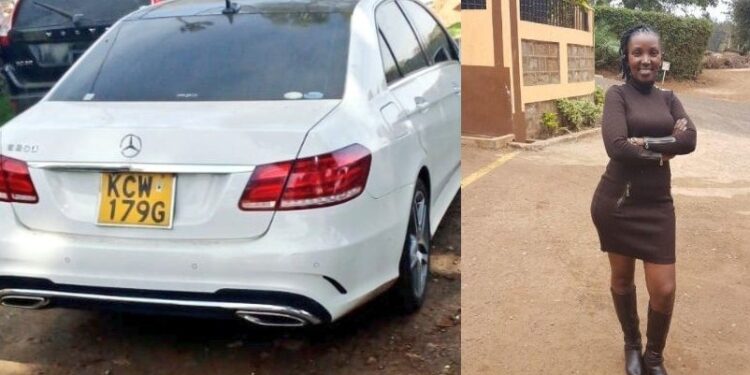 Caroline Maina Murdered: Caroline Maina’s body was found in Kitengela Kajiado County days after she went missing. A boda boda rider had stumbled upon it in a thicket in Pranai in Kitengela two days after she went missing. The eyes had been gouged out, her hip broken, and her whole body swollen. Following her gruesome death, detectives have began to unravel how the murder may have taken place.

Here is the full statement from the Directorate of Criminal Investigations on the murder and how it may have been plotted and executed:

Relentless efforts by detectives to trace and rescue 38-year-old Caroline Wanjiku Maina, who was reported to have been abducted by unknown persons one week ago, flicked a despondent note yesterday when her body was traced to Kajiado hospital mortuary.

In the February 13 report at Muthangari Police Station, Wanjiku’s Toyota Axio car was found abandoned in Nairobi’s Kawangware area near Gatina Primary School, a day after she went missing.

Heightened investigations uncovered that prior to the victim’s disappearance, she had withdrawn 350,000 shillings from one of the Cooperative banks in Nairobi, before proceeding to meet the first suspect (Edwin) at Ngara for a business deal.

Innocently driving into her death trap, Wanjiku had made a call to a female friend explaining her meeting with Edwin, who was to guide her into boosting her Stima Sacco shares with the withdrawn amount.

Once at Ngara, Wanjiku had been forced into a black KCN 300D Toyota Crown in which Edwin was waiting, before she was sandwiched by the other named suspects and handcuffed.

Acting on forensic intelligence, the investigating team escorted two of the suspects, (Edwin and Samwel) to Kajiado’s Paranai area, being the scene where the suspects dumbed Wanjiku’s body after torturing her to death.

A pair of handcuffs used to restrain the deceased, her company stamp stolen from her car and a surgical face mask believed to have been worn by her were recovered.

Accompanied by Wanjiku’s younger sister, the team then proceeded to Kajiado hospital mortuary, where she (the sister) identified Wanjiku’s body, reported to have been collected at the earlier said scene on February 15.

The body had physical injuries on both wrists and its entirety, with the eyes plucked out of their sockets.

Another Mercedes-Benz Reg. No. KCW 179G, believed to have been used to dump the victim’s body has since been recovered at the first suspect’s home.