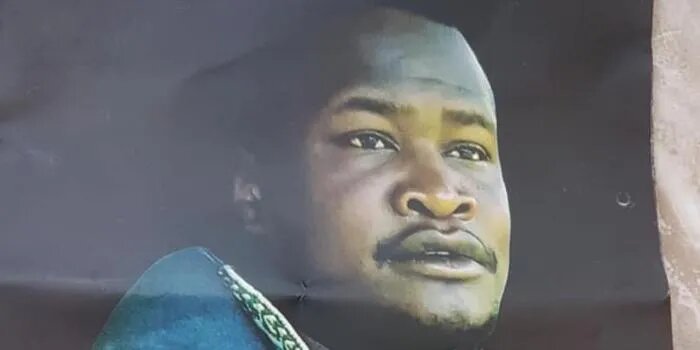 Shock has gripped one family in Nyeri after revelations that the man of the house paid Sh. 160,000 to have his son Daniel Mwangi Wangondu murdered.

Mr. Daniel Mwangi Wangondu was found murdered on January 1, this year. According to the police, Wangondu’s father had ordered the kill following a domestic conflict with his son. The father is said to be a wealthy businessman who owns several petrol stations in Nyeri.  The DCI says that the five suspects who took part in the murder were arraigned before a Nyeri Court on February 24.

Here is the statement by the DCI on the gruesome murder of Wangondu:

Nearly two months of undaunted trail on suspects in the gruesome Murder of 32-year-old Daniel Mwangi Wang’ondu, bore fruits when DCI detectives unraveled the mystery behind the new year killing, three days ago.

Mwangi, a businessman at Nyeri’s Mweiga town, was found soaking in a pool of blood at the gate to his house in Wendiga village in the wee hours of January 1, 2021.

So puzzling was the motive behind his murder, that nothing had been stolen from him or his house, not even his Volkswagen Golf car beside which he lay lifeless.

Weeks of probing into the case by Mweiga-based detectives saw the intervention of the Central Regional Criminal Investigations Officer, guiding a team of DCI officers into vital clues drawn from the crime scene and forensic-led intelligence.

On Saturday, February 20, the first suspect; James Mahinda Mwangi, driver to the deceased’s father was traced to Nairobi’s Githurai area and pounced.

Upon interrogation, he led officers to Embu at Matakani area where two other suspects; Geoffrey Waturi and Eddy Kariuki Ngari were also arrested and the trio escorted to the RCIO’s offices in Nyeri.

Upon further investigations and to their shock, detectives established that the three long-time friends had been hired by the deceased’s father; Stephen Wang’ondu Kinini on December 2020 to murder his own son at a shillings 160,000 fee following a family feud.

Mr Wang’ondu had given his driver (Mahinda) a facilitation fee of 20,000 shillings, instructing him to form a team that would execute his hell-bent atrocity at the said fee.

Mahinda had then proceeded to Embu on December 31, where he picked his bloodthirsty accomplices, briefing them on their target, his residence, movements and the car he drove in.

Once in Mweiga, they had purchased a murder weapon at a local hardware, with which they cut the dreams of the father of two, suspectedly in the dead of the night.

The four, alongside a lady; Charity Muchiri who is believed to have been involved in the heinous plan were yesterday arraigned at Nyeri Law Courts on a miscellaneous application for more days to complete the investigations. Ruling on the same will be made on Friday 26.

Meanwhile manhunt has been launched for a sixth suspect; Raphael Wachira, who is also believed to have aided the suspects, and who has since run into hiding.