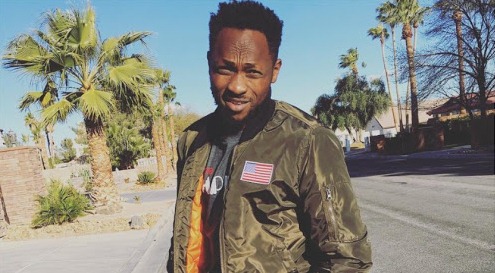 A few years ago, Churchill Show’s star David The Student moved to the USA. He was working as a taxi driver with the taxi hailing service Lyft. Before moving to the US, David was a well-known actor in Kenya and one of the fastest rising comedians on Churchill Show. However, after moving to the US in search of greener pastures, the comedian whose real is David Kagongo,  found the going rough.

He tried to audition on the popular America’s Got Talent Show but he never made the cut to any live shows. Then two years ago, he started trending for all the wrong reasons. The comedian was accused of conning Kenyans living in the US. Apparently, he had been soliciting money to sort out family members whom he claimed to be in distress.

David would make up fake stories about his family, get money from Kenyans of good will in the States and promise to pay up later.

Most of the claims were about David borrowing sums of 50 US dollars (Sh. 5,000) or 100 US dollars (Sh. 10,000) from different Kenyans in the US through pretenses of helping a family member in distress.

These allegations prompted the comedian to come clean on why he had become a conman. He said that he had been conning people in order to sustain himself in the United States after relocating from Kenya sometime in 2017.

Despite admitting being at fault, he went on to blame the society for pressurizing celebrities like him to live beyond their means.

Here is what David the Student said in his raw post:

“Hello, I have spent time reading this, and some of it is true (The borrowing of Money) But I never told anyone my dad had cancer. Going there (America), made me realize life isn’t what we see and think there’s a dollar tree falling and people catch. Being here for a couple of months has made me appreciate the hard work most of you guys (Kenyans in America) work so hard to take care of your families and live the American dream. I apologize to anybody and everyone those I borrowed and those who lent me and I’ve not refunded. I take full responsibility and I am shamed.”