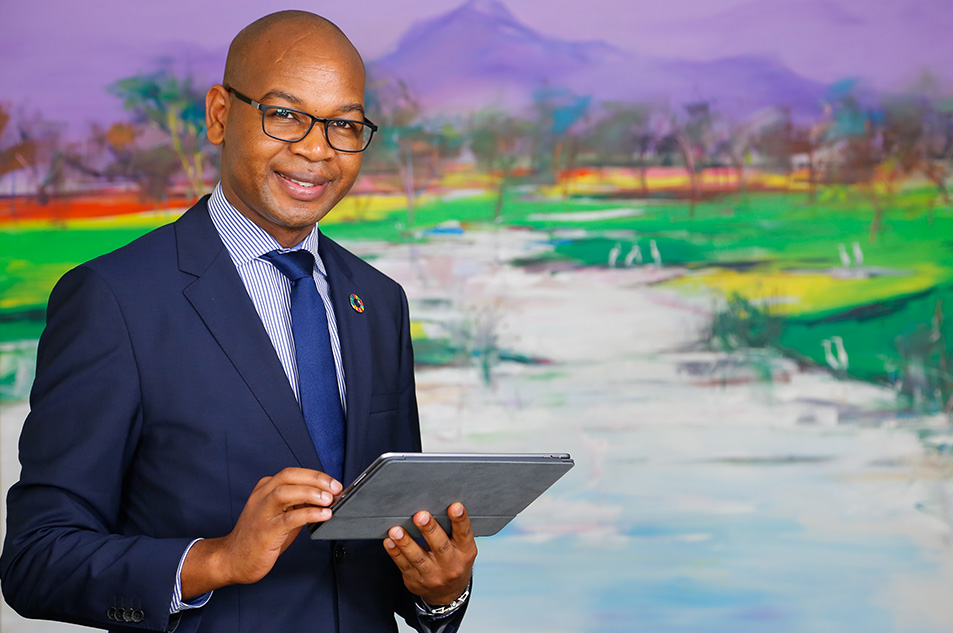 Joshua Oigara Net Worth: About three years ago, KCB Group chief executive officer Joshua Oigara was reported to be worth over Sh. 220 million.

Mr. Oigara had said that his net worth of Sh. 220 million was made up of total assets of Sh. 350 million and loan obligations of Sh. 130 million. His monthly salary and allowances totaled Sh. 4.9 million at the time.

Fast forward to 2020. It is only plausible that as one of Kenya top chief executives, Mr. Oigara has grown this figure. In the financial year 2018, Joshua Oigara was paid an incredible Sh. 273 million salary by the Kenya Commercial Bank (KCB).

This included his basic salary, allowances and bonuses. His salary also represented an increase of 6.6 per cent which came largely from his bonus pay. He received a bonus pay of Sh. 180 million up from Sh. 147 million that he was paid the previous year. This bonus also compensated for a drop of Sh. 20 million in allowance which stood at Sh. 10 million.

Unknown to many, though, Oigara’s has been an inspirational journey to the helm of Kenya’s top ranked bank.

Appointed as KCB Group CEO in 2013, Joshua served as a passionate General Manager with broad managerial experience in Leading teams, Strategy, Finance, Business Development, Innovation and IT. Joshua is a solid business executive with ability to lead and motivate ordinary people to achieve excellence. Inspires individuals and teams to deliver world class performance in their organizations.

“I started off as a teacher in my rural village, earning Sh. 5, 000 a month. I have grown to be the CEO of East Africa’s leading bank with annual revenue of over Sh. 60 billion. Over time, that has allowed me to acquire what I have.” Joshua Oigara Net Worth.

How I overcame job loss to set up Sh. 50 million turnover business