Home » FEATURED » Kenya to borrow Sh. 248 billion through another Eurobond

Kenya to borrow Sh. 248 billion through another Eurobond 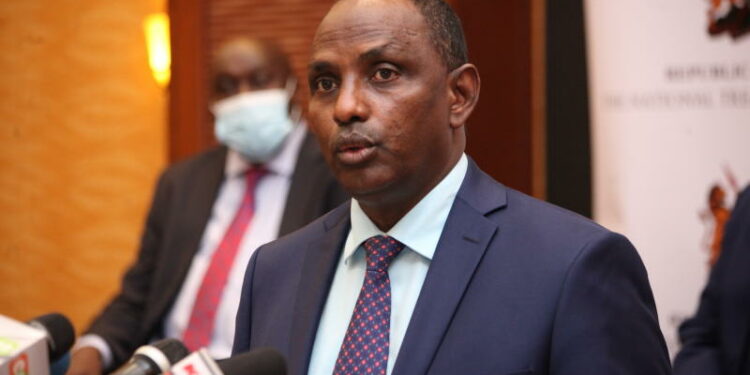 The East African nation intends to raise 123.8 billion shillings ($1.13 billion) from sovereign bonds sold to foreigners in the next four months and an additional 124.3 billion shillings during the fiscal year starting in July, according to the National Treasury. The funds will help finance the budget.

The government is tilting away from high-interest domestic borrowing to maximize concessional and semi-concessional external debt, the Treasury said in its medium-term debt management document submitted to the National Assembly on Feb. 11. Commercial foreign loans will be limited to financing projects with high returns, according to the document.

The Treasury is targeting a foreign-to-domestic net-borrowing ratio of 57:43 in the plan covering 2021-24, compared with 21:79 in the past fiscal year. The government previously said it wanted to limit its external debt exposure to mainly concessional loans.

“It is a good time to issue a Eurobond, as there is certainly appetite for higher-yielding debt,” said Yvonne Mhango, head of sub-Saharan economic research at Renaissance Capital. “Given the stretched fiscal finances, concessional loans would be a more affordable and sustainable source of financing. Either way, the proceeds of the foreign loan will help the authorities shore up foreign exchange reserves and support the shilling.”

The Treasury has missed its target of narrowing the fiscal deficit to 3.5% of GDP, and is now expected to hit that goal by 2024-25, according to the document. This year, the nation estimates a financing shortfall at 8.9% of GDP.