Kiambu Road to be turned into dual carriageway

Roseanne Kamau is the founder and managing director of Treasure Fitness, a weight loss and health business and lifestyle...
Read more
Bizna Reporterhttp://biznakenya.com

Kiambu Road Dual Carriageway: Kiambu Road is set to be turned into a dual carriageway in a bid to ease heavy traffic. The road will also be expanded from Muthaiga to Githunguri. It will then connect to the Ruiru-Uplands and Githunguri-Kimende roads.

According to Senate Transport and Infrastructure Committee chairman, Kimani Wamatangi, designs for the road are complete. 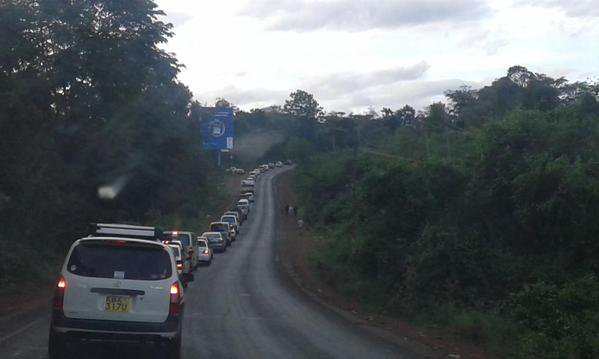 Also, Kenya National Highways Authority has already issued notices to businesses and property owners on the 10-kilometre stretch to demolish their structures. The current road was designed several decades ago.

Initially a survey report on the dualing said that the Muthaiga-Kiambu-Ndumberi road which was earmarked for dualing is entirely located in Kiambu County. It measures approximately 25 (including bypasses, loops and accesses) kilometres and commences at Pangani and Muthaiga Interchanges along Thika road and proceeds through Kiambu ending at Ndumberi.

The study for design incorporates design for all access roads to government institutions including but not limited to schools, colleges, district headquarters and other government offices. Major loop roads within townships or market centres and potential bypasses along the road have also been included. The design has reportedly also incorporate the Bus Rapid Transport (BRT) system along the main road as necessary.

Over the recent few years, Kiambu County has experienced a boom in real estate development. the boom has also seen prices of properties spike up in contrast to other areas.

The construction of the Kiambu Road dual carriageway will come as a boon to the county’s economy. It however remains to be seen how the government will solicit for funds for the road at a time when development projects are suffering from an acute shortage of funding.

Currently, the country is in shocks as the repayment of debts amounting to Sh. 1.4 trillion fall due this year.