Kienyeji Poultry Farming: Below is the cost estimate prepared by Neo Chicks for raising 100 Improved Kienyeji Chicks up...
Read more

Nairobi Estates: The latest house pricing index by the Kenya Bankers Association has revealed the estates in Nairobi where...
Read more

Garage Business in Kenya: Some mechanics are quarks, others are just ‘legit thieves’. Either way you don’t want to...
Read more
Editorial

Already, a contract has been signed between the Chinese construction firm and the Kenya National Highways Authority (KENHA).

The bridge, whose construction is set to be completed within a six month period, is expected to come as a relief for residents and is also set to ease the heavy traffic that dominates the Likoni crossing channel. “This plan has taken into account such aspects as timeliness, economy, reliability, and practicality,” says the Chinese firm in a statement.

According to a report that appeared on the firm’s website, the project will include the construction of a 660-meter pedestrian bridge stretching from north to south of Likoni. The bridge involves the construction of the pile foundations and a Bailey-type approach bridge with a movable main steel bridge in the middle of the channel that allows ship movements. The approaches on either side of the channel are fixed steel structures anchored on pile foundations.

The Likoni channel is estimated to ferry an estimated 300,000 passengers and over 6,000 cars daily. 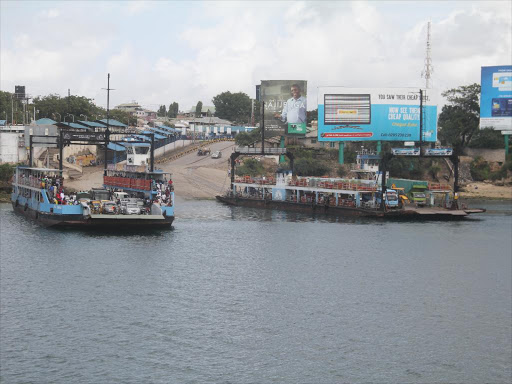 “The Kenyan government has recently promulgated a series of pandemic prevention and control measures, such as restrictions on transport capacity and curfews resulting in surging pressure on ferry traffic,” the statement said.

Nairobi Estates: The latest house pricing index by the Kenya Bankers Association has revealed the estates in Nairobi where Kenyans are buying more houses. According...
Read more
AUTO

Garage Business in Kenya: Some mechanics are quarks, others are just ‘legit thieves’. Either way you don’t want to be in business with any...
Read more
FEATURED

Online Writing is the Real Deal My Journey! “Should I buy you airtime to make calls and chat your girlfriends, or should I save up...
Read more

Equity Bank Dividend: Equity Bank has cancelled its Sh. 9.4 billion dividend payout to shareholders. This decision comes in the wake of fears over...
Read more

Co-op Bank Loan Moratorium: The Co-operative Bank has restructured loans worth Sh. 15 billion in a bid to help customers cope with the effects...
Read more

Co-op Bank First Quarter 2020: The Co-operative Bank has posted a profit after tax of Sh. 3.6 billion in the first quarter of the...
Read more
- Advertisement -