Four common mistakes to avoid when buying a car

Car buying mistakes and what you can do to avoid them. 1. Failing to evaluate your personal and finances Before you...
Read more

How to make your first million from doing these 5 things

How to make your first million: When you think about making a million dollars, does it seem like a...
Read more

COVID-19 business disruption The COVID-19 pandemic is having widespread effects on businesses across the country. By mid-March, it is estimated that over...
Read more
Bizna Reporterhttp://bizna.co.ke

Likoni Gate Bridge: Kenya will spend a whooping Sh. 210 billion to construct a bridge over the Likoni channels.

This has been revealed in a report that was published in the Saturday Nation.

Here is the Saturday Nation report:

Likoni Gate Bridge, which is expected to ease passenger and vehicular crossings over the dreaded Likoni channel in Mombasa, will cost a staggering Sh210 billion.

The bridge will also, technically, not be on the Likoni crossing as many had expected, but on the wider Mtongwe passage west of Likoni, towards the Kilindini port.

The government has so far only secured a commitment of Sh. 46 billion from the Japanese government for the project, also known as the Mombasa Gate Bridge.

Two weeks ago, Kenya and Japan signed a treaty confirming that Tokyo would partner with Nairobi on the project. The loan agreement, according to documents from Kenya National Highways Authority (Kenha), is yet to be signed.

Japan will foot slightly over half of the cost of the project — Sh. 123 billion — which will settle construction and consultancy bills. The government will then be expected to foot Sh. 87 billion, part of which will go towards utility relocation costs on the Mombasa island and Likoni sides and compensation for the thousands of people and businesses that will be displaced by the project. 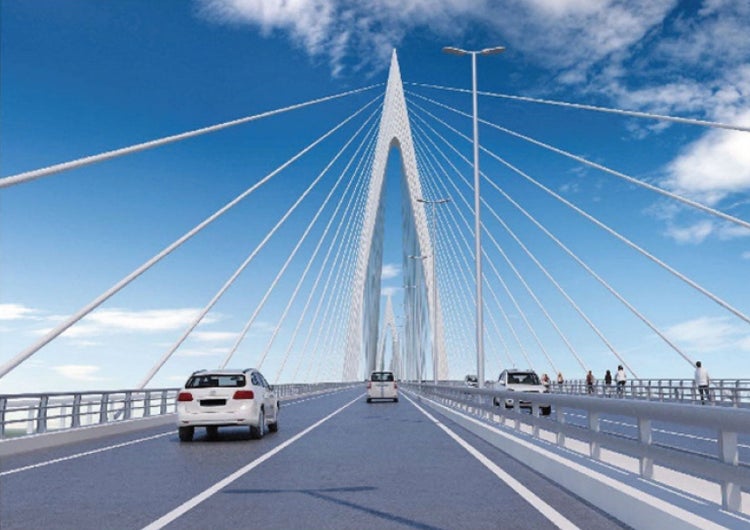 Kenya will also be expected to foot the Sh. 645 million interest accrued on the loan Japan will issue, and a further Sh. 247 million front-end fee.

About 1,200 residential and 833 commercial buildings will be brought down to pave the way for the bridge on both sides of the channel. The cost of compensation is expected to hit Sh. 12 billion even before construction starts three years from now, in 2022.

The bridge will start on Lumumba Road, near Jela Baridi Prison in Majengo. It will go over the Mombasa Railway Station, Moi Avenue and Archbishop Makarios Road before it starts the arc over the Likoni Channel at Mwenza Creek. On the mainland side, it will join the Southern Bypass at Ziwani through Mtongwe Road.

A senior Kenya Airways pilot is among the two latest people to die from coronavirus. The pilot, said to...
Read more
FEATURED

How to make your first million from doing these 5 things

How to make your first million: When you think about making a million dollars, does it seem like a far-fetched goal? Is it something...
Read more
FEATURED

COVID-19 business disruption The COVID-19 pandemic is having widespread effects on businesses across the country. By mid-March, it is estimated that over 70 % of companies were...
Read more
FEATURED

Joanne Mwangi Yelbert: I built my business through saving and investing

How to build a three bedroom house in phases

Building a House in Phases: If you want to build your house but are limited by finances, there are a number of ways you...
Read more

Costly mistakes you must avoid when building your house

Building a house in Kenya Costs: BY WANDA SYNERGY: Urban legends are in every sector of our lives and construction is one sector with...
Read more

Landlords in Kenya: A kindhearted landlord in Kinangop, Nyandarua County, has asked his tenants not to pay rent for two months. The landlord known as...
Read more

All you need to know about Fanaka Real Estate

Since 2016, Fanaka Real Estate Ltd has been buying and selling land in Kamulu, Joska, and Malaa among other areas along Kangundo Road. The company...
Read more
- Advertisement -