How Joseph Kori and his girlfriend murdered his wife Mary Wambui

Mary Wambui Kimangara’s Death: A shocking story on how a man and his girlfriend murdered his wife has left Kenyans in shock.

On Tuesday, the man and his girlfriend were arraigned in a Kiambu court. They did not take plea after he police requested to hold them for 14 days to allow for further investigations to take place. The court granted the request.

According to shocking story that was published in Kenya’s leading newspaper, Daily Nation, on Wednesday, the events of the sad incident kicked off at around 10am on Saturday morning when Joseph Kori, 41, and Judy Wangui, 36,  set off to find each other in a bid to resolve a conflict that had distressed them.

“As dark fate would have it, the two cruised past each other, heading in opposite directions along the five-kilometre stretch between Garden Estate in Nairobi where Kori lived with his family and Wangui’s house at Fourways Junction on Kiambu Road,” the Daily Nation reports.

By the end of that day, Kori’s wife, Mary Wambui Kimangara, 39, was dead and her white Mercedes Benz saloon car was missing. 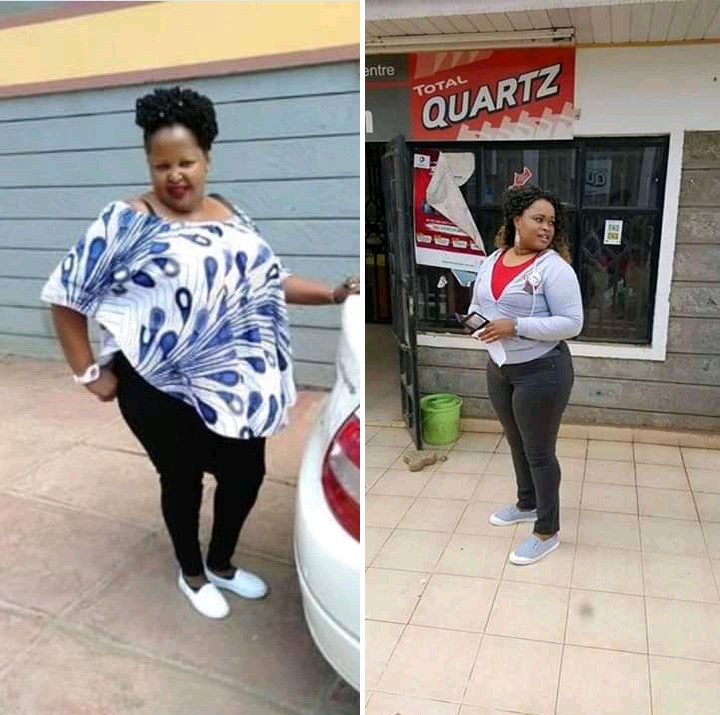 The Nation reports that a few minutes past 10am on Saturday, a taxi that had been hired by Wangui reached Kori’s home. She alighted and rang the bell at the gate. The gate was opened, and Kori’s six-year-old son stepped out.

“Wangui offered to buy the boy pizza at the nearby Thika Road Mall, ostensibly in a bid to establish the whereabouts of his father. The boy agreed to accompany her, but returned to the house to seek permission from his mother, telling her it was “Auntie wa Dad”,” the Nation reports.

“Mary Wambui stepped out to see who this “Auntie” was, only to come face to face with her former employee Wangui, who had worked at her hardware shop in Kahawa West, a bustling settlement off the road to Kamiti in Nairobi.”

Apparently, Kori’s wife, Mary Wambui, had been suspicious that her husband was having an affair with Wangui. Ironically, though, the two greeted each other warmly and even agreed to go out on a date. Apparently, Wangui did not express surprise or hints that she was after Wambui’s husband when the gate was opened.

The two women are then reported to have spent the afternoon together before Mary Wambui was murdered inside Wangui’s apartment and her body dumped in a dam off Toll Station along Thika Road, next to Courtesy Beach Hotel.

The paper further says that Wambui’s sister Esther Kamangara said that Mary Wambui invited Wangui into the house as she dressed up for the lunch date, but she declined the invitation, opting instead to wait outside the gate to the homestead. Once she was dressed, the two then drove out together inside Wambui’s car as Wangui’s taxi had stalled. This explanation has since been corroborated by the police.

The police also say that the two women had a brief stopover at Thika Road Mall, where Mary Wambui had scheduled to pick up a parcel, and headed to Homeland Inn, still on Thika Road just after the Garden City Mall turn-off, for lunch.

“Those who saw them at Homeland Inn said Mary Wambui, known to her friends as Mama Derrick, ordered some githeri, which she shared with Wangui in her car before the two women joined two gentlemen for roast beef inside the restaurant,” says the Nation.

It further reports as following:

“The men had arrived separately and also left separately after having some nyama choma and wine with the two women,” a source at the restaurant said. “Both women appeared to be on good terms. They even took selfies sharing a piece of meat. Nothing seemed unusual. And they left the restaurant together.”

Wambui’s sister added that, while at the restaurant, Wambui called her househelp to inform her that a mechanic would go to fix Wangui’s taxi.

At some point, Mary Wambui spoke to her mother over an update on their uncle’s burial ceremony, which was to take place in Rongai on Tuesday.

That is why it was such a shocker when Kori called Wambui’s parents later in the evening to inform them that his wife, their daughter, was missing.

“He reported that she had been kidnapped,” said Esther.

According to police sources, at around 5pm, after a long day of merrymaking, Mary Wambui is said to have convinced Wangui to take her to her (Wangui’s) house at Fourways Junction. 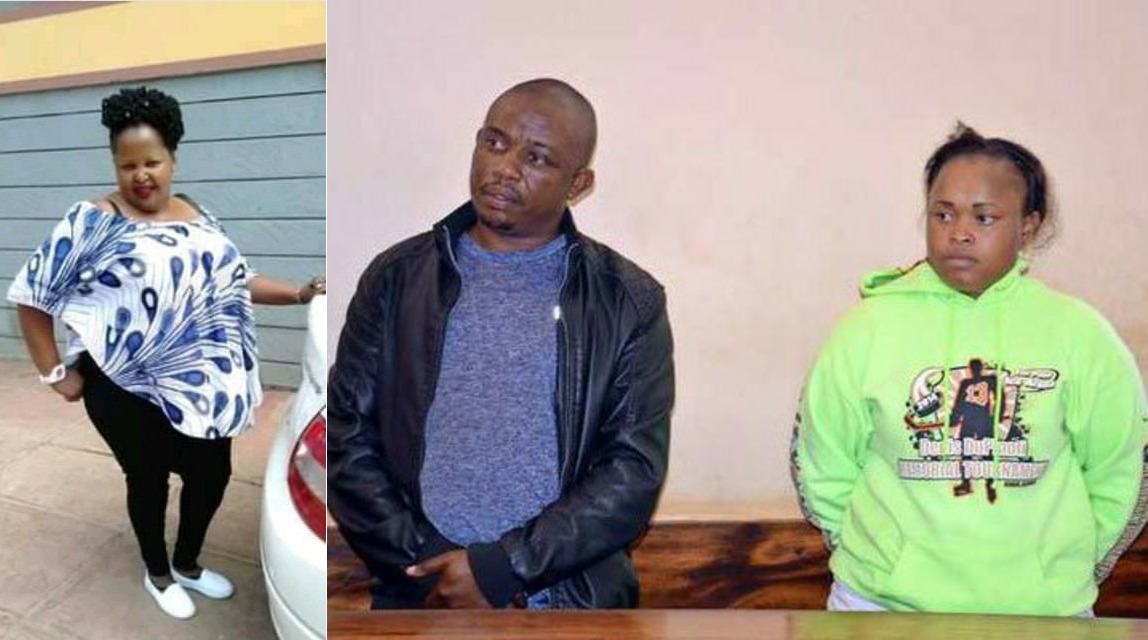 Wangui has lived at Fourways, where the monthly rent is about Sh. 60,000, for two years. Residents said a two-bedroom unit like the one she lives in costs roughly Sh. 12 million.

They found Kori at the house. Inside the small apartment, his pictures hang on the wall, confirming Wambui’s worst fears that her husband was also the man of the house she had visited.

The furniture in the house also matched that which Wambui had espied on her husband’s mobile phone a while back.

“An argument ensued, leading to a fight that lasted till darkness set in. In the end, Wambui was fatally injured. Her body was discovered on Sunday morning, dumped in a dam in Juja. Police believe the body was dumped that same night.

“Wambui had a deep cut on one side of her head and multiple bruises on both hands, indicating she had struggled before her death,” said Juja DCIO Obed Kiio.

She was hit multiple times with what looks like the back of a gun. When her killers noticed that she was still alive, they moved ahead and suffocated her.

Police say the body was wrapped in bed sheets and put in a sack. It was then put in  her car and driven to the dam at around 1am.

Apparently, an earlier plan to carry the body in a taxi fell flat after the driver chickened out after realising what the assignment was. Police were looking for him.

Kori was arrested at the scene on Sunday morning. Police say they saw him walk in as they collected evidence from the dam.

Asked why he was at the scene, he said he was searching for his wife, who had disappeared the previous night. He added that he had been led to the scene by a post on the Kilimani Mums Facebook page indicating that a woman’s body had been found in the area, family sources said.

Juja OCPD Simon Thirikwa said Kori led them to Wangui, who was found in her house. Bloodstained clothes were also found in the house.

Police were looking for Wambui’s car and mobile phone, which were still missing. They have already taken blood samples from Wangui’s house for DNA testing.

Detective Cornelius Arwasa told Kiambu Senior Principal Magistrate Stella Atambo that they were also seeking to retrieve CCTV footage at Homeland Inn and Fourways Junction to establish Wambui’s last moments and how her body was removed from the house to the boot of her Mercedes Benz.

According to neighbours at Fourways Junction, Kori was a regular visitor at the estate, his Toyota Lexus a regular feature in the parking bay. The car is now detained at Juja Police Station.

Friends described Kori as a “cool guy”. On his Facebook page, which was last updated on December 16 last year, Kori says he studied business communication at Kenyatta University and is self-employed.

Wangui has been a resident of Kiambu for a while, with those who know her saying that she used to live in Thindigua before moving to Fourways.

Those who know her said she used to to sell clothes, but her fortunes changed after moving to Fourways, allegedly after hooking up with Kori.

She is described as a boastful person who always tells her friends how she is living a good life, and how her “husband” bought her a new car.

On her Facebook page — Danyque Gaberiel — she has been posting photos of herself with Kori, some of them showing her on vacation in Singapore during Christmas.”