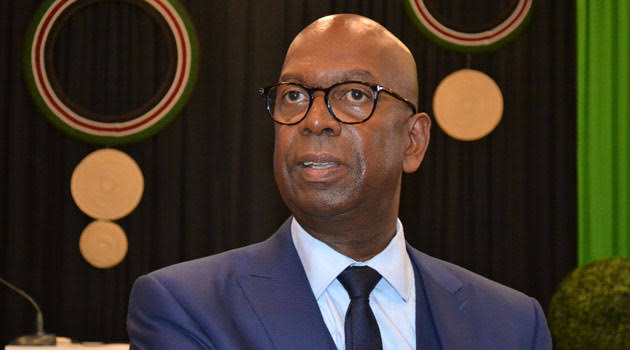 On November 3, 2018, at around 1.30am, Miriam Kemboi arrived at Harmony Dispensary Clinic, in Nakuru County. She was in a taxi, worriedly soothing her one-year old daughter. As soon as the car stopped, Miriam bolted out and headed towards the doctor’s room. Her daughter had fallen ill that night. She looked drowsy and feverish, and her body temperature felt acutely high. Upon examination, Miriam’s daughter was found to have a rectal temperature of 39 Celsius. The doctored administered an injection and some antibiotic medications. He recommended that the baby stays well hydrated, and asked Miriam to attend a follow-up clinic the following day.

As she walked out of the doctor’s room 40 minutes later, Miriam was handed a Sh. 1,500 treatment bill. She was also aware that she would be charged Sh. 1,000 taxi fare. But she didn’t have any cash on her. “I pulled out my phone to call and ask for some money from my husband, but the call didn’t go through because I had already exhausted my airtime,” says the 25-year-old housewife. She dialed *131# and took an emergency airtime credit of Sh. 50 and called her husband who works as a chef in Nairobi. “Five minutes later, he sent me Sh. 3,000 on M-PESA,” says Miriam. She paid the clinic bill via Lipa na M-PESA and sent Sh. 1,000 to the taxi-driver’s M-PESA account. Miriam is one among millions of Kenyans whose lives have been positively impacted by Kenya’s leading telecommunications firm, Safaricom, over the past 18 years.

Started in 2000, Safaricom has not only grown into the biggest company in East and Central Africa, but also been a way of life for Kenyans like Miriam. The company has built itself into a paragon of financial success by consistently recording the biggest corporate net profit in the region. For example, in the half year ended September 2018, Safaricom posted a net profit of Sh. 31.5 billion compared to Sh. 26.20 billion that it posted in the first six months of the previous financial year.

Currently, all pointers indicate that the firm will beat the 2017 full year results in which it posted a net profit of Sh. 48.4 billion. Although Safaricom’s mega success is undeniable, what many people might not know is the sweat it has taken to build the sustainable, evolving business that the telecommunication’s firm is today. “The success we enjoy is the result of being a purpose-driven, insights-led, customer-obsessed business with a robust strategy that we execute with great precision. This strategy has served us well and is the reason close to 30 million subscribers have chosen to be on our network, 20.5 million of them active M-PESA users,” says Safaricom chief executive officer Bob Collymore.

In 2000 when Safaricom came on the scene, Kenya was attempting to break away from the traditional landline connectivity. The country had 23,757 mobile connections with a network connection capacity of 24,000. “To set off, Safaricom took in 17,000 customers from the government’s Telkom and an investment of Sh. 2.06 billion from Vodacom,” says Eliud Wanjiru, a financial markets analyst based in Nairobi. “It also launched at a time when rivals such as Kencell had already gained traction in the mobile market.” Its entry, though, was a major relief to consumers. “At the time, Kenyans were billed per minute. Safaricom introduced per second billing and prepaid services. This allowed mobile users to spend on what they had,” says Mr. Wanjiru. 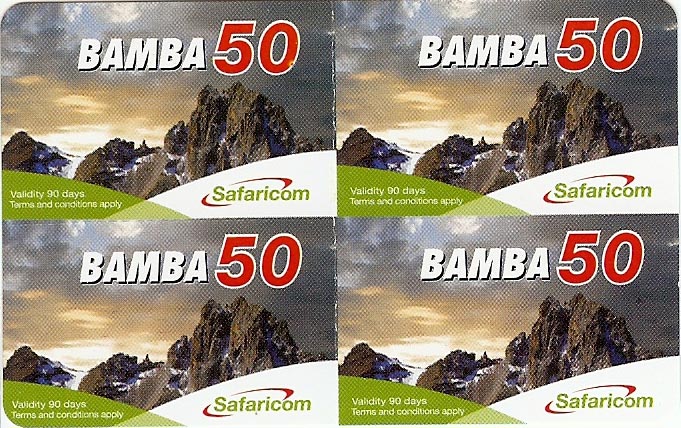 Over the next few years, Safaricom concentrated its investment on building a network infrastructure that saw base transmission stations and airtime outlets set up in most parts of the country. By May 2013, Safaricom had over 250,000 retail outlets for selling airtime. “The idea was that Kenyans could obtain Safaricom services wherever they turned. This made the colour green synonymous with Safaricom services,” says Mr. Wanjiru. “18 years later, what we have is a company that has enabled Kenyans to meet their daily needs such as paying electricity bills, shopping, paying court fines, utility bills, and even sending relatives money doable with the touch of a mobile button. They have basically brought the solution to the consumer’s finger tips.”

This is echoed by Mr. Collymore, who says that one of the key drivers of Safaricom’s innovations is the company’s push to meet customer demands and needs. “We ask our customers what Safaricom products make them happy and unhappy. We also do this with the products offered by other mobile firms. Once we have this information, we act on it. If, for instance, a product scores poorly the department head and his team will not get a bonus, while those who score highly are rewarded accordingly. This inevitably keeps managers and their juniors on their feet to ensure customer satisfaction,” he says.

In early November, Safaricom broadened the scope of its M-PESA services by partnering with Western Union to allow its customers to send and receive money around the world. According to Paul Kavavu, the Safaricom Head of M-PESA New Business Ventures, Safaricom is planning to expand direct M-PESA cash transfers to bank accounts abroad to at least 80 countries by January 2019.

With the emergence of a global e-village, data has also been a key driver of Safaricom’s development. Currently, the company boasts of the fastest mobile data speeds and connectivity. For example, following the approval of its 4G licence by the Communications Authority (CA) in 2016, Safaricom set out to build 500 4G base stations. This was expected to bring the firm’s 3G and 4G footprint to more than 4,600 sites upon completion.

By the start of this year, Safaricom’s 4G network was available in all 47 counties. This meant that Safaricom’s multi-billion investment in the high-speed network since its launch in December 2014 had seen the business achieve 1,400 4G sites, covering over a third of the country’s population. Around 224 of these sites used the enhanced 4G+ technology, allowing customers to achieve speeds in excess of 150 Megabits per second.

In an expansion of its business ventures, Safaricom has also connected over 200,000 households to its home fibre network. Similarly, Safaricom’s fixed data market share grew from 19.4 percent in its 2018 first quarter to 21.2 percent on the back of an addition of 14,537 fixed internet subscribers between March and June 2018 to hit a total of 78,104 users. “Our continuing initiatives to enhance the network experience will ensure that we continue to progress our vision to democratize data for all Kenyans,” says Safaricom in a statement.

How Safaricom has impacted small and medium businesses in Kenya

This is echoed by financial expert and CEO of Rich Management Aly Khan Satchu. “I believe the Safaricom business is at an inflexion point and is set to seize an E-commerce opportunity and will expand geographically,” he says. Take Masoko, an e-commerce platform that Safaricom launched in late 2017. The platform which is modeled after retail e-commerce portals such as Alibaba and Amazon went live with an offering of more than 20,000 items at a go. “Masoko hopes to unlock the untapped e-commerce market in Kenya by connecting consumers, merchants and vendors to each other using a powerful online portal,” says Mr. Collymore.

Strikingly, Safaricom’s has not only concentrated on offering better services to consumers. It has also grown into a habitable work environment for its employees. For example, in October this year, Safaricom was ranked as the best employer in Africa and the 67th best employer in the world in the Forbes Global 200 list that is hosted by global business magazine, Forbes. “This is a vindication of a company appreciates the value of its workers.

Business is grown in tandem with the growth of its employees,” says Jennifer Mokaya, a business coach based in Nairobi. Currently, Safaricom has 6,130 employees averaging 27 years. Half of these employees are women. “We believe that our growth should also create more opportunities for more women to transition into leadership positions so that by 2020 the proportion of women in senior management at Safaricom improves from the current 32 per cent to match that of men,” says Mr. Collymore.