by Bizna Reporter
in FEATURED, NEWS
Reading Time: 2min read
A A 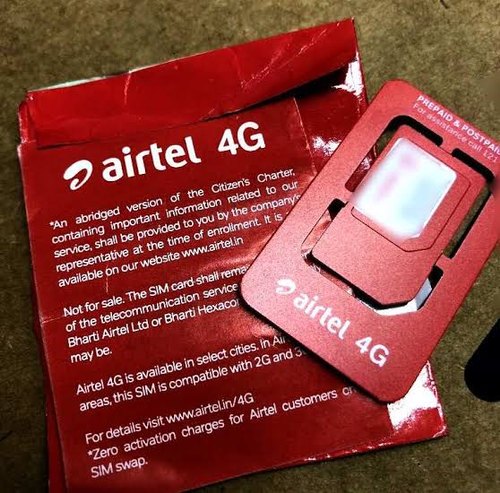 Sim Card Swapping: The DCI has warned members of the public against a new trick used by fraudsters to wire money from bank accounts of unsuspecting victims.

Citing an incident in Eldoret where a man lost Sh. 540,000, the DCI revealed that a group of three (two men and a lady) met the victim at a hotel and asked him to send Sh. 2000 via mobile money transfer. Oblivious of what the three had up their sleeves, the man sent the money and was given a similar amount in cash.

This is why I stopped going to Gikomba Market

DCI said the suspect, Harun Kigera, together with others stole the said amount after swapping the victim’s Airtel Sim card when they were having dinner in Eldoret town.

“While having dinner at a hotel in Eldoret, two men and a lady joined the victim’s table and after a moment, the lady requested the victim to send her Sh. 2,000 in her Airtel line as she gave him the same amount in cash. The group then left shortly,” DCI said in a tweet.

The three left shortly afterwards and it was until the next morning that the victim realized that Sh. 540,000 was missing from his bank account.

According to the DCI, the fraudsters mastered the victim’s PIN as he made the transactions before swapping his line.

Sh400,000 was then transferred to various phone numbers while Sh140,000 was sent to the account of one Harun Kigera.

The suspect (Kigera) was arrested earlier this week in Molo, Nakuru County and the DCI has warned against the new trick.

“The DCI takes this opportunity to warn Members of the Public against this kind of Fraud where people are being duped into online transactions in exchange for cash money, & thereby innocently revealing their PIN & Phone Numbers which enable the fraudsters to swap their lines before cleaning up all their bank, Mpesa, Mshwari & Airtel Money savings.

“Be Warned & Stay Safe,” read the statement by the DCI.