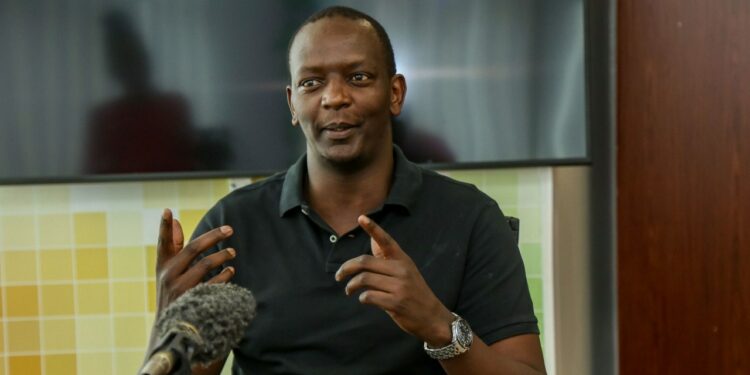 SItoyo joined Safaricom in 2011 as head of Mpesa strategy and business development, a role he held before he moved to Vodacom Tanzania as Director M-Commerce in 2015.

Before he joined Safaricom in 2011, Sitoyo had worked at Total Kenya where he held the position of diversification manager and later as the head of Total Solar business. He also worked for Uchumi supermarkets as a Category Manager and at Chevron Kenya ltd as Business Advisor and Merchandasie Manager.

Prior to his current appointment at Safaricom, Sitoyo was the Chief Financial Services Officer. He had occupied this position for a period of three years. He had also held the position of director of M-Commerce in Vodacom-Tanzania from October 2015 where he attained a 10-year experience in the Mobile-money sector.

During his time at Vodacom, he oversaw the delivery of several transformative products and services; led the turnaround strategy and execution for M-Pesa which has resulted in an accelerated growth of M-Pesa in Tanzania.

Some of the initiatives he led include; delivery of G2 platform, M-Pesa APP, interoperable transactions for both peer to peer transfers and merchant payments, Business to Business payments, M-Pesa CVM and Merchant Payments. He rejoined Safaricom PLC from 1st April 2018. From April 2020, he assumed the role of acting managing director for M-Pesa Africa.

“I am a passionate, energetic and easy-going leader, who has delivered major innovations that have revolutionized the global mobile money space and driven financial inclusion such as the world’s first contextual over draft facility dubbed- Fuliza, Mshwari a savings and loan proposition, M-PESA Global Payments, and partnerships with global players such Paypal, google and Ant Financial,” he describes himself.

Sitoyo holds a Bachelor of Commerce (Hons) degree in marketing from the University of Nairobi (2000) and an Master of Science in Information Technology Management and Organizational Change from Lancaster University in UK.