SportPesa Employees: Leading betting firm SportPesa has sent all its 400 employees home. This comes a few days after the company announced that it was shutting down its Kenyan operations.

Below is a report on the latest move by the company as was reported by Citizen:

Embattled betting firm SportPesa has sent home all its 400 employees in the aftermath of its lost battle with the government over renewal of its license.

The decision to fire the employees comes days after the firm announced the termination of its operations in Kenya in a move that marked an end to the long-drawn taxation battle with the government.

The betting firm which operates in Kenya as the Pevans East Africa Limited ran into trouble with the law alongside 27 others at the end of July as the Ministry of Interior moved to purge the gambling firms over outstanding tax arrears.

The tax in question related to the remittance of withheld customer winnings even as the firm joined rival Betin in protesting the claim in court before the quashing of the suit at the end of August. 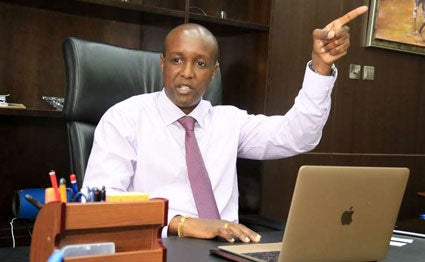 Additionally, SportPesa has been in protest of the recently proposed tax on customer stakes by the National Treasury in amendments contained in the 2019 Finance Act which currently awaits presidential accent.

Nevertheless, SportPesa had held out for the renewal of license by the Betting Control and Licensing Board (BCLB) following a nod from the Kenya Revenue Authority (KRA) on September 3.

Even so, the optimism seemingly fizzled out as the firm failed to garner backing from the BCLB in its license renewal application.

Likewise,rival- Betin ceased operations at the end of September, sending home all its staff.

Kenya Airways has appointed Allan Kilavuka as the group managing director and chief executive officer. His appointment will take effect from April 1 this...
Read more

Preventing Corona Virus in Kenya: The flight from China that landed yesterday at the Jomo Kenyatta International Airport was the first among a series...
Read more