Ronald Karauri: Kenyans were to blame for SportPesa’s fall 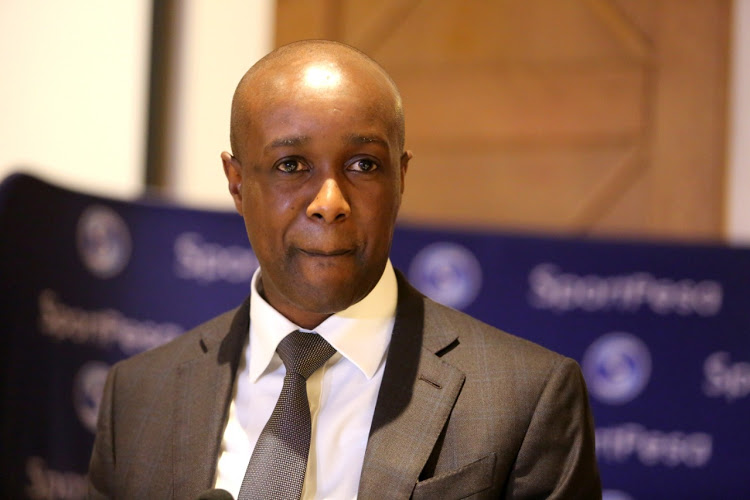 SportPesa operations in Kenya: Sports betting is set to make a comeback. This is after the government reversed its stand on sports betting, with the proposal to drop the 20 per cent excise duty on bets staked in an amendment to the Finance Bill that President Kenyatta signed on June 30.

When the proposal took effect, the worst hit betting firm was SportPesa. The company went on to send employees home, suspend sponsorships and early this year, it was revealed that SportPesa had terminated its sponsorship with Formula One team Racing Point. This happened shortly after English Premier League side Everton announced they would also end their partnership.

The three-year Formula One deal was reported to be worth Sh. 3 billion. SportPesa indicated the decision was made ”in line with its new business strategy and sponsorship approach”.

“After an amazingly successful season with the Racing Point F1 Team, we wish them success in the 2020 competition, and we look forward to their transformation into Aston Martin Racing in 2021. We would like to thank the team and F1 for a great season working together and we would look forward to opportunities of working joints on local activations,” the statement read in part.

Then SportPesa chief executive officer Ronald Karauri went on a rampage, blaming Kenyans for what he termed as cheering the fall of their own company.

It all started after flamboyant lawyer Donald Kipkorir took to Twitter to give his two cents, only for SportPesa’s CEO Ronald Karauri to respond. “Ireland then now England is terminating all contracts with SportsPesa. These are highly developed Countries who have decided to do away with gambling in Sports … Kenya, a poor & miserable country is excited with gambling & Prime Time News is even sponsored by Betting Companies, “posted Kipkorir.

Karauri responded, telling the lawyer Kenyans love taking down their own.

“This is so far from the truth. The biggest betting company in the world – Bet365 resides in England. Kenyans love bringing down their own, and now the same Bet 365 is probably the most popular betting site in Kenya, more revenue for them and more tax revenue for the UK,” Karauri replied.

Shiru wa GP: My 9 year struggle to get a child & the pain of losing my son

The reply by Karauri was widely interpreted as an allocation of blame on Kenyans for the misfortunes that SportPesa has been encountering. SportPesa halted its operations in Kenya last year and expressed disappointment with the 20 per cent excise tax on all betting stakes. The company stated that it would only resume operations once a non-hostile regulatory environment is restored.