by Bizna Reporter
in AGRIBUSINESS, Dairy
Reading Time: 5min read
A A 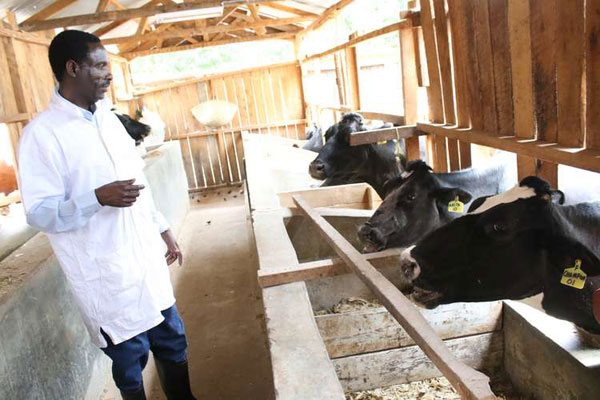 Top Milk Farms Kenya: The farm is located in Kalalu village, in Laikipia County. The cowshed and milking pens are orderly and clean. The bedding for the animals is sawdust. The rule on this farm is that the cowshed has to be thoroughly cleaned three times a day, and the workers have to take shower before handling the animals, particularly when milking. This farm is owned by Silas Mwirigi.

Similarly, all the cows are cleaned every Saturday. The 10-acre farm is home to 30 mature cows and seven heifers. Of these, 28 are Friesians and the rest are Guernsey.

“I am keen on hygiene because I want to keep away diseases and get quality and clean milk. Diseases like mastitis are common due to poor hygiene. I have seen fellow farmers lose cows to diseases due to poor hygiene, and that is a route I do not want to take,” says Mwirigi, who is also the principal of Meru School. The farmer started keeping dairy cows five years ago, with three heifers that he bought at a total of Sh150,000. The herd has grown to 30 over the years, according to Mwirigi. He has never bought any more cows besides the first three.

He sells 210 litres to the Meru Dairy Cooperative Union and 215 litres to Sirmon Moran, a cheese-making firm in the county.

The remaining 35 litres are consumed by his family.

“I sell to the Meru processor at Sh40 a litre while Sirmon Moran buys at Sh42. We milk three times a day. I have a cooler on the farm that enables me to store milk and deliver it in bulk,” says Mwirigi. His short-term target is to produce 600 litres a day.

“I want to achieve the feat by December because 20 cows are in-calf. I hope to get 1,000 litres by December 2016 since the number is growing.”

All his fodder that include napier grass, maize and Rhodes grass come from his farm.

The farmer has 10 silage stores measuring 50 feet by 10 feet each, with a total capacity of 300 tonnes that can last a year.

“I prepare the silage by mixing napier grass, maize stalks and molasses. I then keep it for eight weeks in the tanks before it is ready for the cows. The silage is mixed with hay or Rhodes grass when feeding,” says Mwirigi. Each animal is fed according to its weight.

A cow that produces between 35 and 40 litres of milk a day, according to him, eats 20kg of silage while all animals are given 3kg of dairy meal daily.

He plants maize for fodder throughout the year to ensure consistent supply of feeds.

“The animals need a lot of water for drinking and cleaning the sheds and equipment. This is why I have sunk a 152 metre borehole.” Mwirigi is a member of a group of 15 dairy farmers called MeSlopes through which they make quality feeds for sale to farmers and for their own use.

He notes that one cannot go wrong with dairy cows as long as there is good quality and quantity feeds, water and high standards of cleanliness. Of his five employees, three take care of the animals and two work in the fodder farm.

Mwirigi also works closely with a veterinary officer who pays a visit to his farm twice a week.

“As a farmer, you need to treat your employees with respect and pay them well so that they can own the project with you for your success,” says Mwirigi. He says he makes at least Sh200,000 in profit a month.

So how does he juggle between school and farming? Mwirigi says; “I give 80 per cent of my time to the school because it is my employer and the remaining 20 per cent to the farm. Besides, I am not worried because I have good workers.”

By mid-next year, the ambitious farmer says he intends to start a mini-processing plant for yoghurt and cheese.

“The animals should be given feeds rich in energy, proteins, minerals and vitamins. Large-scale farmers should always give a total mix ratio to achieve high yields,” adding that the choice of bulls or semen should be guided by one’s objectives and that animals should be vaccinated against diseases that affect them in their regions.

The professor also pointed out that a farmer should engage workers who have knowledge on animal behaviour.

“The most important thing is that cleanliness ensures that the milk, which will be consumed by a number of people is not contaminated as this can cause a very big damage to consumers and the farm.” 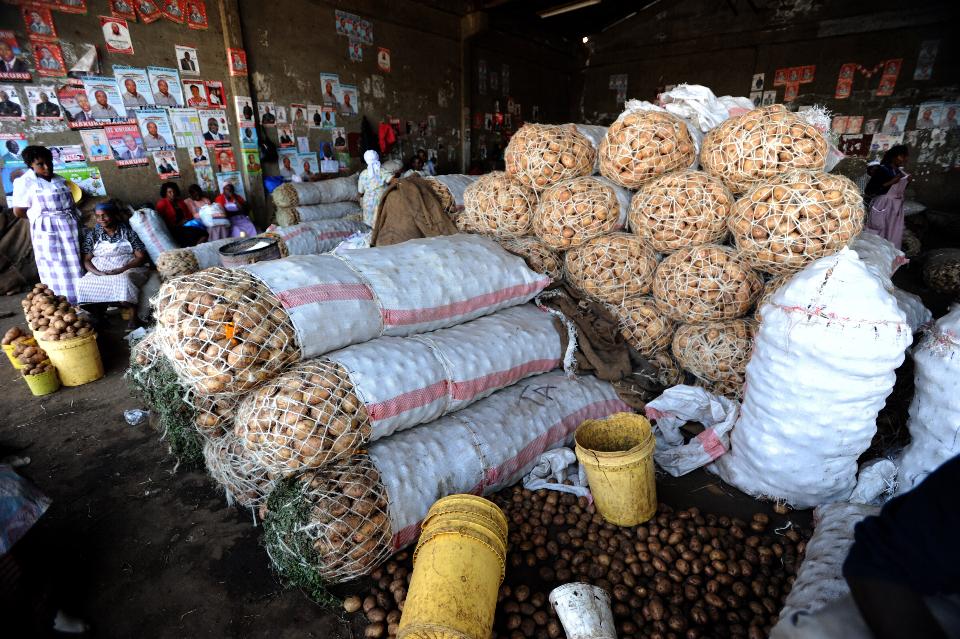 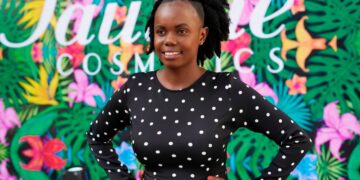 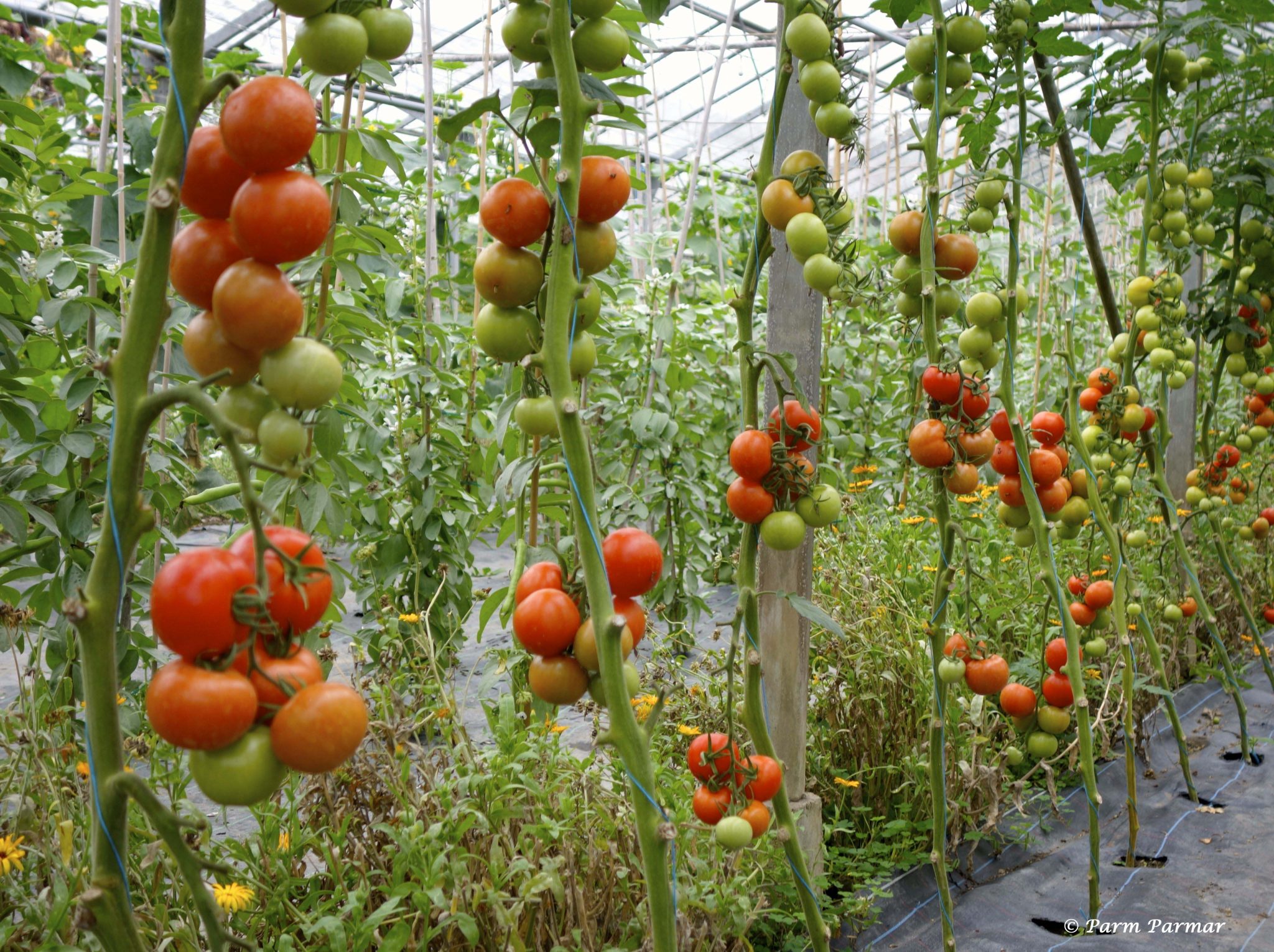 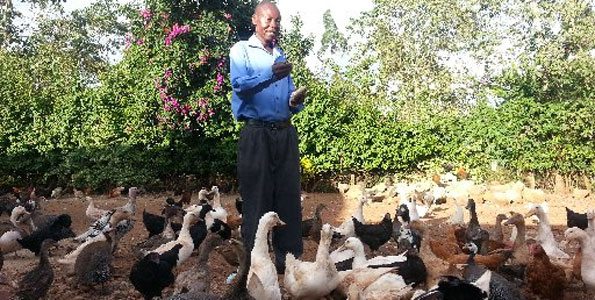 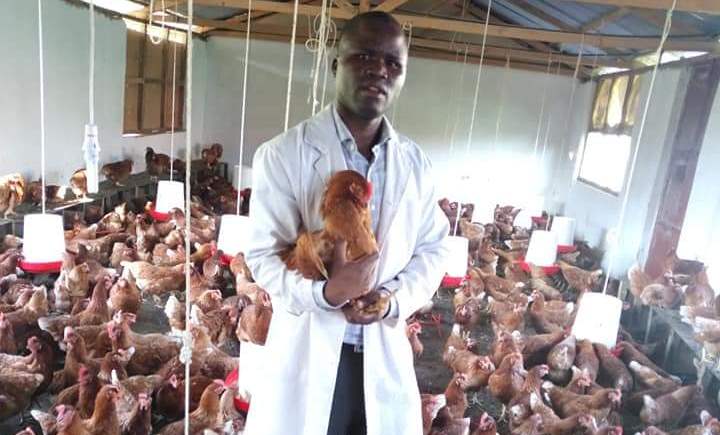 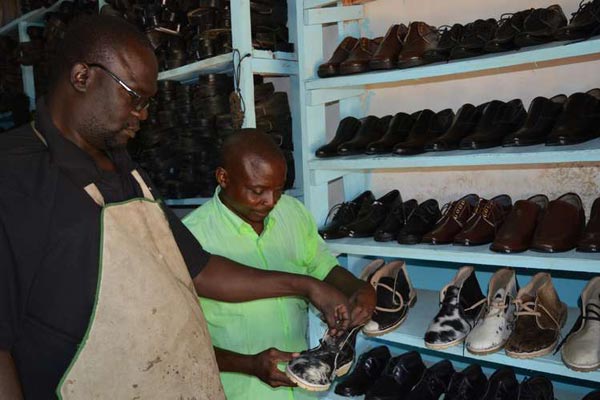 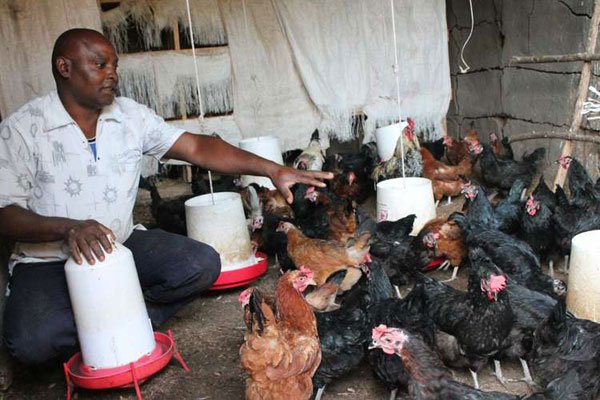