Home » FEATURED » Save us God! Tuskys pleads as branches shut down, auctioneers strike

Save us God! Tuskys pleads as branches shut down, auctioneers strike 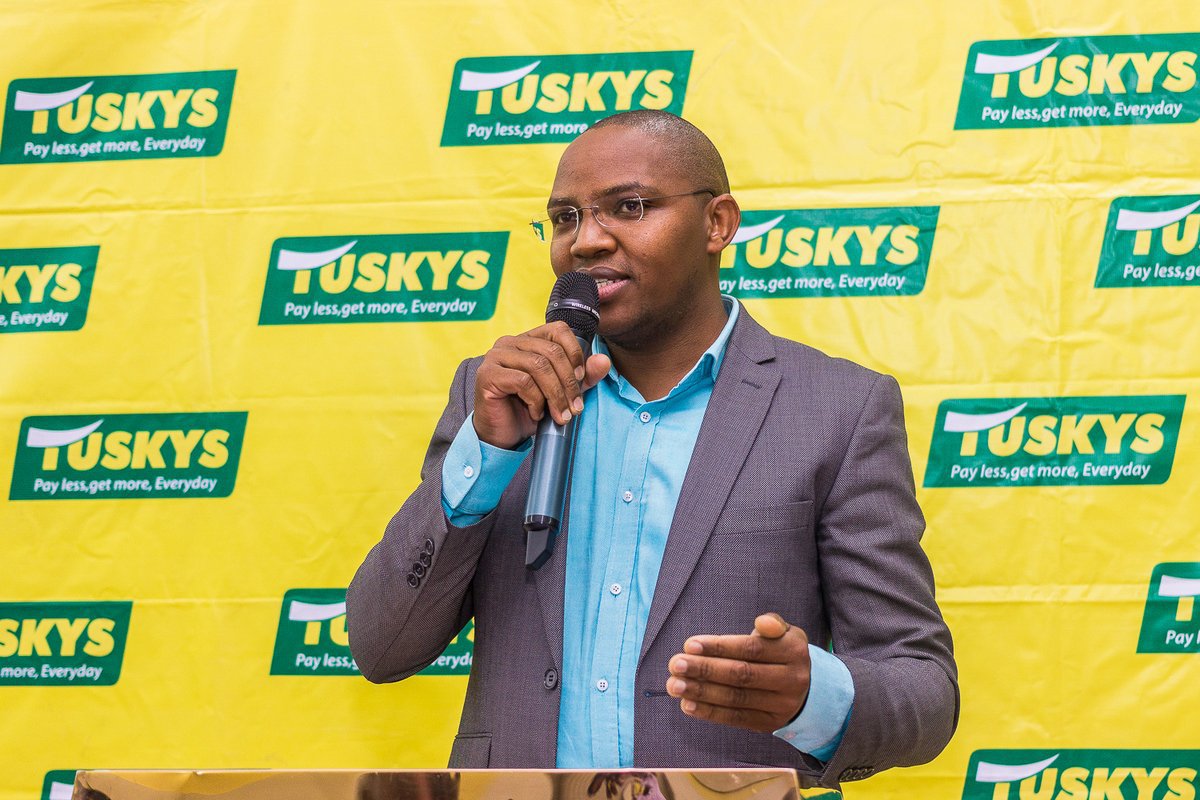 Tuskys CEO: Tuskys Supermarket is in hot soup. What remains of a once powerful retailer is an agonizing script of branches that are shutting down everywhere, fired and unpaid employees, empty shelves, an elusive private investor and a continuing sibling fight.

Amidst all these, the retailer has resulted to prayers in a bid to save what looks like an inevitable collapse.

Incidentally, the retailer has followed an almost similar path to collapse as the disgraced fallen retailer Nakumatt. This is after suppliers stopped their arrangement with the retailer over Sh. 1.2 billion debt. The New Kenya Cooperative Creameries (New KCC) has also stopped supplying milk to retail chain over non-payment on deliveries running into millions of shillings. The milk processor has monthly business worth Sh. 80 million with Tuskys.

Court papers also show that Tuskys recorded a 35 per cent drop in sales for April and May. At the time, it had a monthly Sh. 200 million wage bill that it is now unable to sustain. As these tribulations mount, Tuskys CEO Dan Githua has emerged on social media with a spiritual proclamation.

“The Lord will not allow Tuskys to die! Amen!” The Tuskys CEO posted on Twitter. This was followed by a similar prayer by a shopper who was identified as Joshua K. Njenga. The shopper had posted:

“A faithful Tuskys shopper praying for the supermarket chain: “Lord, If you allow Tuskys to die, Please save their white bread. I am addicted.”

Although its current troubles have been largely attributed to nonpayment of suppliers, the retailer has over the years been dogged by sibling rivalry and fights over the shareholding and control of the supermarket.

It now remains a question of if the retailer will be able to secure an investor amidst a bitter sibling fallout and highly competitive local retail market. It will also be interesting to see which investor will agree to pour money into Tuskys.