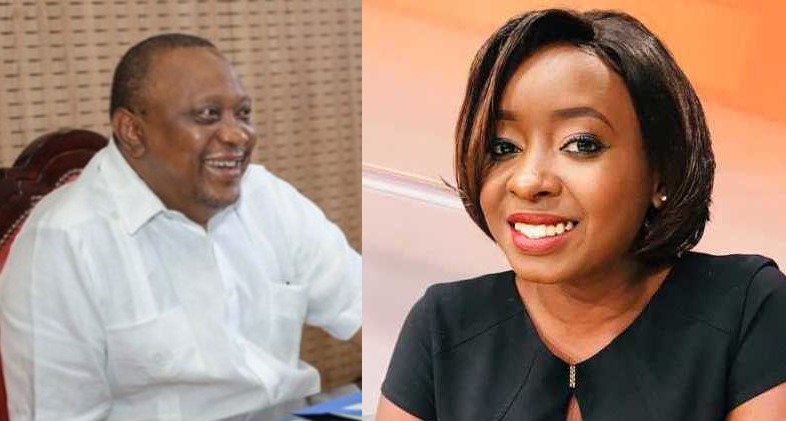 Uhuru Phone Call: In an interview with an edition of the True Love magazine, former Citizen Tv journalist and presenter narrated how a 2014 telephone call from President Uhuru Kenyatta angered her bosses at Royal Media Services.

Apparently, Jacque narrated that President Uhuru had contacted her for the interview just as she was about to go on maternity leave. “I haven’t seen you in a while so I hear good things are coming. Come and do an interview before you go,” the president said. Maribe shared the good news with her bosses at Citizen TV. Then trouble began. Her bosses claimed that she was not fit to interview the president. They wanted to have someone else do it even though the president had specifically asked Maribe to do it.

“When I went to tell my boss that I had been offered the first-ever interview by the president, it was hard. Like why you? And I remember being told that someone else would conduct the interview,” she said. “I got angry and I was like why, ‘is it because I’m a woman, or is it because I’m heavy and so you (the bosses) think I’m not up to the task, why?’ It actually brought a bit of tension.”

Maribe contacted President Uhuru and informed him that Royal Media had decided that someone else would do the interview. She also told Uhuru that she was pleased with that decision. “If you are not going to do it, then, there will be no interview,” the President told Maribe on phone.

The person Citizen wanted to do the interview was Hussein Mohammed. “What that did for me was it helped me get the maiden interview. I was so heavy at that point but I was glad that someone recognized strong, abled women in a world full of sharks,” she added.

Left with no option, her bosses were forced to send both Maribe and Mohammed for the interview. During the interview, Uhuru gave Maribe a tour of State House, and showed her rooms where the country’s most important decisions were made.