A senior Kenya Airways pilot is among the two latest people to die from coronavirus. The pilot, said to...
Read more

Scandals in Kenya: Take a look at some of the top business ideas that drove Kenyans crazy and then...
Read more

Diploma Teachers Promotion: BY DAILY NATION: A total of 38,000 diploma holders teaching in secondary schools will from next week battle it out for promotions.

This is after the Teachers Service Commission (TSC) and Kenya Union of Post Primary Education (Kuppet) resolved Thursday to have the vacancies advertised by Tuesday so that the affected teachers can be promoted.

Kuppet said TSC will determine the number of teachers to be promoted based on duration of service, vacancies and qualifications.

The teachers who mostly fall in Job Group K now (Grade C2) and Job Group J (Grade C1) were not promoted alongside others when the Collective bargaining agreement (CBA) 2017-2021 came into effect on July 1. 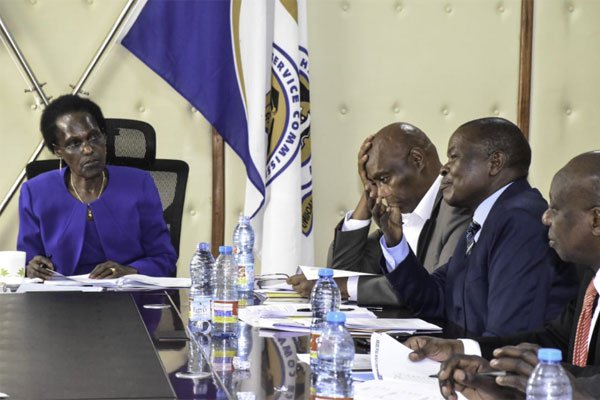 “This is a good gesture by TSC as it will motivate these teachers who had been ignored for long,” said Kuppet secretary-general Akelo Misori after the meeting where he was accompanied by chairman Omboko Milemba.

This week, TSC announced that it will promote some 6,043 tutors who fall in Grade C5 and C4 to positions of head teacher and deputy head teacher.

The move comes after the Labour and Employment Relations Court made a ruling that streamlines how teachers’ promotions will be undertaken.

On Thursday, Kuppet also sought pay increase of between 30 percent and 70 percent for teachers which will mostly benefit non-administrators. TSC and Kuppet will also retreat to sort out various issues affecting teachers in the country.

“Kuppet proposes an increase in basic salary ranging between 30 percent and 70 percent from the current minimum salary of Sh. 21,756 to Sh. 36,985 on the lower cadre. This is informed by the cost of living which has increased since 2016,” reads the proposal by the union. However, TSC in a statement issued by Mrs Macharia did not comment on the issue of promotion of teachers.

“It was agreed that there shall be a joint retreat between TSC and Kuppet not only to evaluate the progress and gaps in the implementation of the current CBA but to also lay grounds for the next CBA,” said Mrs Macharia.

A senior Kenya Airways pilot is among the two latest people to die from coronavirus. The pilot, said to...
Read more
SME

Scandals in Kenya: Take a look at some of the top business ideas that drove Kenyans crazy and then collapsed, leaving millions of Kenyans...
Read more
NEWS

Coronavirus Deaths in Kenya: Two more patients have died of Covid-19 in Kenya bringing the number of coronavirus deaths to three. This came as...
Read more
Loans

In keeping with its brand promise to be Here for good, particularly in times of adversity, Standard Chartered (the Group) announced today that it...
Read more

2020 Exam Dates: The coronavirus pandemic has seen the normal academic calendar disrupted in Kenya. Children in all learning institutions across the country are...
Read more

Bridge Schools Kenya: The coronavirus pandemic that prompted the suspension of the current academic calendar has claimed its first employment casualties in the education...
Read more

Teachers March salaries: The Teachers Service Commission has announced that teachers will not receive reduced salaries for the month of March. This follows fears that...
Read more
- Advertisement -