Sossion kicked out of KNUT, Hesbon Otieno takes over

High cost of smartphones a barrier to growth of mobile internet

Cost of smartphones: The COVID-19 pandemic has reinforced how important connectivity is in the modern world. As it has become...
Read more

Small Businesses Loans in Kenya: The Central Bank of Kenya has raised alarm that the majority of small and...
Read more
Bizna Reporterhttp://biznakenya.com

In press briefing, on Friday Knut national chairman Wickliffe Omucheyi announced that the union’s National Executive Council (NEC) met on Thursday and unanimously agreed to replace Mr Sossion. They replaced him with his deputy, Mr Hesbon Otieno in an acting capacity.

Mr Omucheyi said the meeting was occasioned after the top leadership learnt that Mr Sossion was making decisions without consulting with other members.
“We have not had a good relationship with Teachers Service Commission, the Ministry of Education and the government,” he said. 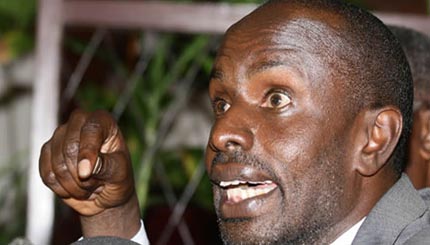 “We cannot have a leader who always fights the government, we want to have a cordial relationship with the government,” said Mr Otieno who announced that the Knut offices will be opened on September 3. Mr Omucheyi said their Thursday meeting was not against any court orders.

“The meeting we held yesterday (Thursday) was different from the one called off by the former secretary-general” he said.
They also accused Mr Sossion of opposing the -Based Curriculum against the other Knut official’s decision.
Mr Otieno claimed that Mr Sossion started working as a lone ranger in April last year and efforts to stop him had failed.

The union’s National Executive Council (NEC) on Friday ensured Mr Sossion’s name deleted from the registrar of trade unions after camping at the Ministry of Labour and Social Services for hours to push for change of list of Knut leaders.

The Registrar of Trade Unions E. N Gichera, in a letter dated August 29 to the Knut secretary- general, said she had accepted the change of Knut officials. Hesbon Otieno KNUT.

A Nairobi court froze accounts in a microfinance institution that is owned by Mathira MP Rigathi Gachagua. This follows...
Read more
FEATURED

The Kenyan economy spiraled into a whirlwind when the first case of the coronavirus disease (Covid-19) was confirmed. This case was confirmed positive by the National Influenza Centre laboratory...
Read more
SME