Roseanne Kamau is the founder and managing director of Treasure Fitness, a weight loss and health business and lifestyle...
Read more
Bizna Reporterhttp://biznakenya.com

KCSE exam leakage: Education Cabinet Secretary Amina Mohamed on Tuesday shocked parliament with a revelation of how her son once sought her help to enable him to cheat in a national examination.

While appearing before the Parliamentary Committee on Education CS Amina cited the case of her son to illustrate the wave of student unrest in boarding secondary schools which some quarters have attributed to fear of examinations.

CS Amina narrated to the committee how her son who sat the Kenya Certificate of Secondary Education (KCSE) in 2015 approached her for money to buy leaked examination papers.

“My son was in Form Four three years ago. He came asking for money saying a teacher in his school had asked for the cash.

According to the teacher, the money was to be used in buying the students leaked CSE papers,” Amina recounted. 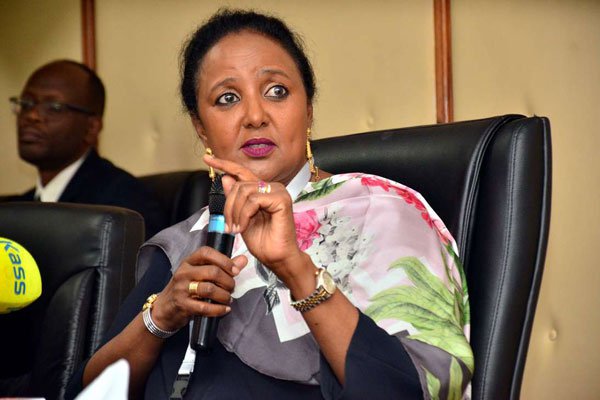 “I told my son that I did not have the money and that I was going to work for it. He insisted the money was needed urgently. I stood my ground nonetheless. He blamed me for failing to chip into enabling him to score an (A Plain) like his colleagues,” further told the committee.

The CS went on to state that 107 secondary schools had been affected by the unrest of students, with 67 being rocked by arson.

So far, 198 students have been arrested for their involvement in the wave of unrest in various secondary schools.