by Wilson Manyuira
in FEATURED
Reading Time: 5 mins read
A A 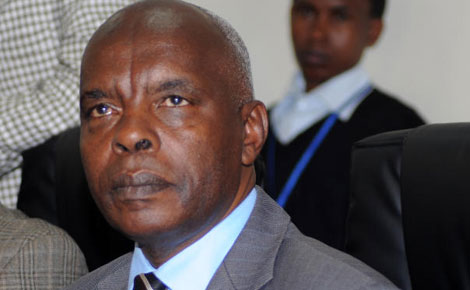 Most educated politicians in Kenya: Up and close to 2013 elections, many politicians fought had to convince voters and regulators that they had the right academic qualifications to allow them vie for their respective positions

The academic credentials of Kenyan politicians become the subject of close public scrutiny ostensibly due to the now strict electoral regulations. While there are those who had to convince the public that they are academically qualified for the job, other politicians held impressive academic records that made them tower over their counterparts and leave them with envy on their faces and lips.

The past 5 or so years has seen many a politician go back to universities to seek for better academic qualifications. While some like Deputy president Dr. William Ruto have qualified without much buzz, there are others like Mithika Linturi and Ali Korane who have been accused of acquiring their new papers dubiously.

Here is a list of the top 6 most educated politicians in Kenya:

The grey haired Makueni 2 terms Governor holds a Bachelor of Law Degree from the University of Nairobi. He also holds Masters of Law degrees; one from university of London and another from Harvard.

He recently graduated with a Master of Arts in Theological Studies from Africa International University. He has written numerous papers on various journals and books too. He lectured for many years. Mr Kibwana was a former advisor to former President Mwai Kibaki.

Prof. Nyong’o studied for his undergraduate course at Uganda’s Makerere University where he was awarded a 1st class honours degree in political science. He furthered his studies at the University of Chicago where he obtained a Master and a Ph.D. in political science. Nyong’o worked as a Professor of Political Science at the University of Nairobi and as a visiting professor in various Universities in Mexico and Addis Ababa until 1987 before becoming the head of programs at the African Academy of Sciences. He is the current Kisumu governor.

Dr. Ruto attended Kamagut Primary School where he sat for his Certificate of Primary Education in 1982, then proceeded to Wareng’ Secondary School in Eldoret for his secondary schooling.

After his O- Levels, he proceeded to Kapsabet High School in Nandi County for his A –Levels after which he was admitted to University of Nairobi to study Botany and Zoology for his Bachelor of Science (B.Sc) degree.

During university holidays Deputy President Ruto taught in Sergoit and Kamagut secondary schools both in Uasin Gishu County as an untrained teacher. At the University, Mr Ruto was a leader of the students’ Christian Union.

He graduated top of his class at the University and was offered a scholarship to take up post-graduate studies at the college. Mr Ruto commenced course work for his Master of Science in 1991, but deferred his research in 1992 when he was employed by the Kenya African National Union in their successful presidential re-election campaign.

In 2008, he graduated with a Masters of Science Degree in Plant Ecology. Hon. Ruto enrolled for PhD in the University of Nairobi and is currently undertaking his thesis research under supervision of Prof(s) J. Kinyamario and E. Akunda both of School of Biological Sciences in the University of Nairobi. In 2018, Dr.Ruto graduated with a doctorate in Biological science thus earning the title Dr.

Kithure Kindiki is the current Senator in Tharaka Nithi County. Kindike pursued a law degree at Moi University and a Master and Ph.D. in Law at the University of Pretoria.

He briefly taught in various universities before joining the Advocate’s bar and started his legal career.

Before joining politics, Prof Kithure worked as a political commentator. He is a renowned scholar.

Professor Sambili holds a BEd (Science) degree from the University of Nairobi, a Master and Ph.D in Education from the Lancaster University in the UK.

She is a former teacher of Moi High School in Kabarak and a former Lecturer and Associate Professor at Egerton University where she worked in the Department of Curriculum and Instruction.

Professor Sambili also served as Minister for Higher Education, Science and Technology from October 2010 to August 2011.

He is an academician and politician. Ole Kiyiapi holds a Doctor of Philosophy degree (PhD) in Forestry from the University of Toronto. He also has a Master and Bachelor of Science degrees from Moi University.