Transfer of Teachers: Primary school head teachers have beat a retreat and backed their imminent transfers by the Teachers Service Commission.

Here is a report on transfer of teachers and this change of mind as was published by The Standard:

The head teachers who concluded their four-day meeting in Mombasa yesterday, however, called for payment of house allowances for teachers in the former municipality schools.

Bachelor of Education degree to be scraped

On delocalisation, the teachers resolved to support the policy on transfers by Teacher Service Commission (TSC), but said the impending move to news schools should consider one’s age, health and family.

They also dropped the demand for reversal of the centralised text book procurement and instead called on the Government to ensure course materials arrive in schools in time.

The teachers also called on the Government to review examination policy to accommodate challenges of students who fall ill or deliver babies during examination period. 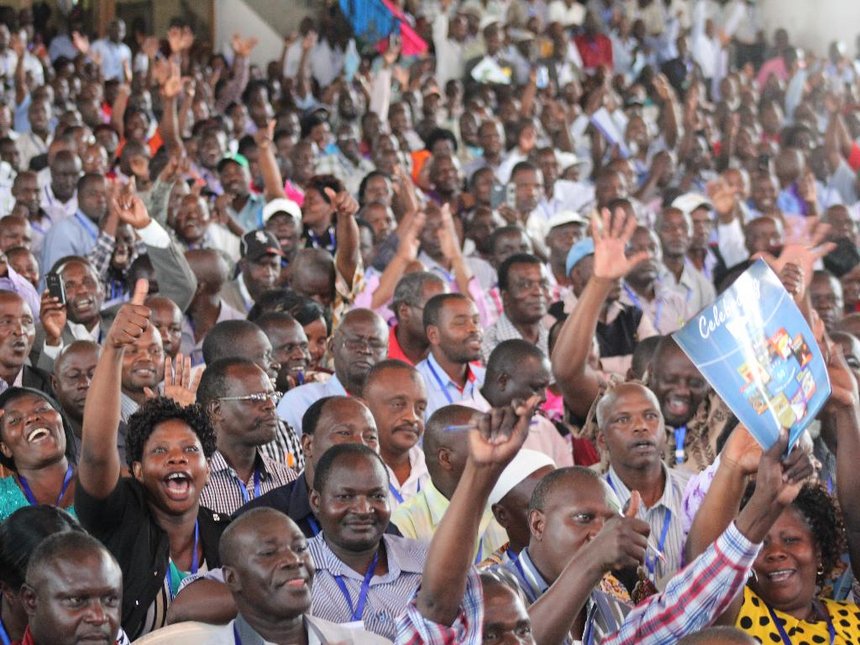 Yesterday the teachers also called on the Ministry of Education and Ministry of Lands to hasten the issuance of title deeds to public schools to end the problem of encroachments.

In their resolution, they also called on TSC to promote deputy head teachers and senior teachers they claimed have remained in the same job group for long.

“We also call on the ministry to explore the possibilities of recruiting account clerks an all public primary schools,” stated one of the resolution. They also called for TSC to address the teacher shortage in schools.
“Teacher Performance Appraisal and Development tool should be simplified for easy operationalisation,” it said.

On Monday, the head teachers joined the Kenya National Union of Teachers (Knut) to push for suspension of the two policies, noting they were misguided and aimed to frustrate their work.

TSC chairperson Lydia Nzomo and her Chief Executive Officer Nancy Macharia, who were scheduled to address the teachers on Tuesday and Wednesday, failed to show up.

The conference was officially opened by Education Cabinet Secretary Prof George Magoha on Wednesday, who also dismissed Knut’s demands and threats of calling for a strike in January.

TSC Replacement Posts: Teachers working under the TSC internship program are free to apply for the advertised permanent replacement vacancies. This was announced on the...
Read more

Teachers Salary Scale in Kenya: How much do teachers earn in this country? Well, this question can only be answered by looking at their...
Read more

TSC Replacement 2020: The Teachers Service Commission (TSC) will employ teachers to replace those who left the profession in the last quarter of last...
Read more

How to foster mental health during exam seasons

How to Foster Mental Health: Every time you promise yourself that you will be completely ready to attack exam season, but it hardly ever...
Read more
- Advertisement -