What ruling means for teachers promotion and transfers

Small scale dairy farming: You don't always have to own a big dairy farm in order for you to...
Read more

A senior Kenya Airways pilot is among the two latest people to die from coronavirus. The pilot, said to...
Read more

Scandals in Kenya: Take a look at some of the top business ideas that drove Kenyans crazy and then...
Read more
Bizna Reporterhttp://bizna.co.ke

TSC KNUT Court Ruling: Teachers on Friday scored a huge victory after the Labour court set aside new career progression rules to guide their promotions, ruling that such upgrades cannot be based on existing vacancies alone.

This means that more than 50,000 who have gained higher academic qualifications according to data from Teachers Service Commission deserve to be promoted to a higher grade.

TSC had argued that promotions can only be based on performance in the new career progression guidelines, the establishment and the existing vacancies.

The Kenya National Union of Teachers had instead pushed for promotions based on merit, seniority, vacancies, academic and professional qualifications among others.
It said thousands of teachers had stuck in one grade since 2014 after attaining higher qualifications.

“TSC will undertake promotions in accordance with the relevant provisions of the Code of Regulations for Teachers and the schemes of service with respect to all unionisable teachers,” ruled Judge Byram Ongaya in the Labour and Employment Relations Court.

He also ruled that the existing module falls short of professional development programmes as required by the TSC Act and other regulations.

TSC had in May 2018 issued a policy introducing career progression guidelines and abolishing the three prevailing schemes of service. The commission scrapped the three schemes of service for non-graduate, graduate and technical teachers and lecturers, and implemented performance appraisal tools to guide promotions.

Under the new arrangement, all teachers will be required to undertake modular training in selected institutions, which will issue certificates that will be filed by TSC to guide promotions. It meant that teachers would no longer be promoted based on academic papers but on professional training and work output. 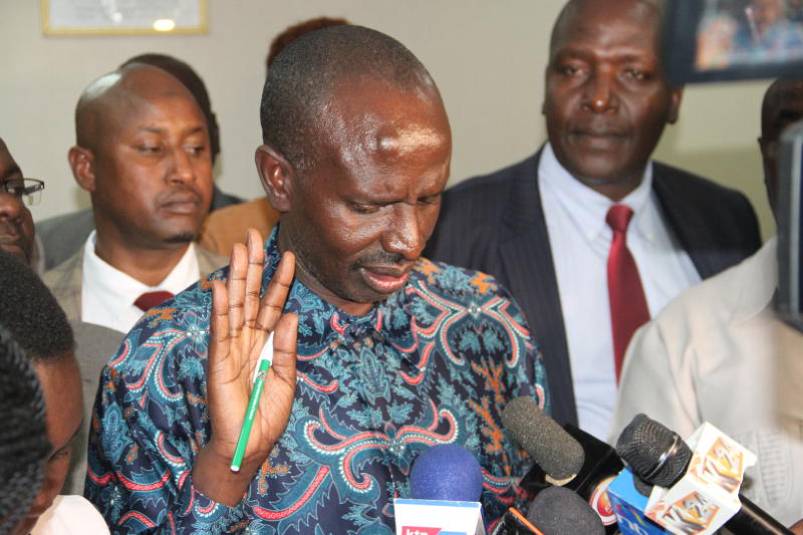 Training for each of the six TSC-developed modules would cost between Sh. 7,000 and Sh. 14,000. If all 312,060 teachers undertake the training, Sh. 4.3 billion would be struck off their payslip. While outlawing the plan, Justice Ongaya ruled that TSC should follow the teachers scheme of service in promotions and should align the same to the collective bargaining agreement it signed with the unions.

“The court returns that the petitioner will undertake teacher promotion in accordance with the relevant provisions and schemes of service with respect to all unionisable teachers,” the judge ruled.

The court also rejected an argument by TSC that head teachers and their deputies cannot be unionisable because they are school managers, saying they are entitled to belong to a union in accordance with the labour laws. It also stopped the TSC from deploying such teachers outside the geographical areas they represent.

TSC wanted head teachers to focus on management of schools and not union affairs, saying it had created conflict of interest.

The judge ruled that TSC may, however, promote other teachers whenever it pleases as long as it doesn’t contravene the code of regulations.

The TSC had gone to court in January to stop Knut from calling for a national strike over transfers of its officials outside their areas of representation, promotions, performance appraisals and the teacher professional development programme.

Yesterday, Justice Ongaya shelved the performance appraisal system for teachers, which has been in place since 2016, and asked the TSC and the union to convene a meeting by December 1 to review it for a new rollout in January next year. TSC KNUT Court Ruling.

A senior Kenya Airways pilot is among the two latest people to die from coronavirus. The pilot, said to...
Read more
NEWS

A senior Kenya Airways pilot is among the two latest people to die from coronavirus. The pilot, said to be aged 63 checked in...
Read more
SME

Scandals in Kenya: Take a look at some of the top business ideas that drove Kenyans crazy and then collapsed, leaving millions of Kenyans...
Read more
NEWS

Coronavirus Deaths in Kenya: Two more patients have died of Covid-19 in Kenya bringing the number of coronavirus deaths to three. This came as...
Read more
Loans

2020 Exam Dates: The coronavirus pandemic has seen the normal academic calendar disrupted in Kenya. Children in all learning institutions across the country are...
Read more

Bridge Schools Kenya: The coronavirus pandemic that prompted the suspension of the current academic calendar has claimed its first employment casualties in the education...
Read more

Teachers March salaries: The Teachers Service Commission has announced that teachers will not receive reduced salaries for the month of March. This follows fears that...
Read more
- Advertisement -