Shock as teachers to pay TSC billions through salary deductions

It will be a double blow to teachers allied to Knut as the Teachers Service Commission (TSC) lowers their job grades in a major demotion move meant to comply with the recent Labour Court orders.

Knut has already suffered a major set back as it emerged that TSC failed to deduct and remit Sh140 million monthly dues, threatening to cripple operations of the giant union.

TSC deducts two per cent of teachers’ basic pay and remits to Knut to run operations and sustain its branch activities.

The boycott by TSC means that the union may have to find alternative ways of collecting the dues directly from its members, under a hostile environment that currently requires the teachers to re-state whether they want to remain in the union.
Yesterday, TSC Chief Executive Officer Nancy Macharia said the decisions were necessary following the recent court ruling. She said the Commission is unable to promote or fully pay the Knut teachers their July salary raise that was due end of July.

“Inevitably, this will also lead to reversal of grades and full recovery of the previous enhanced salaries and allowances since July 1, 2017,” Dr Macharia said. 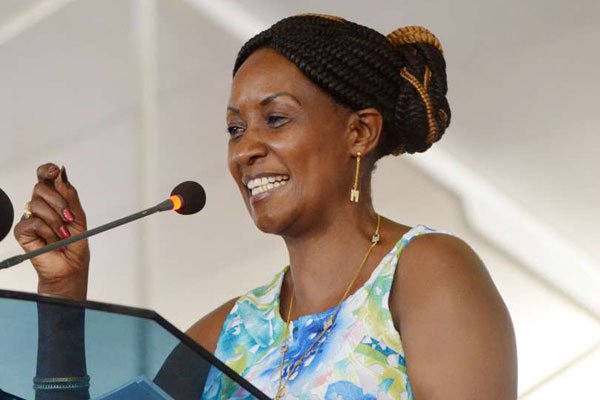 This means that all Knut members will have their job grades lowered to the original cadres before July 1 and the monies paid to them recovered in a major development that is likely to draw uproar.

Knut Secretary General Wilson Sossion dismissed the position taken by TSC, saying the court ruling was direct.
“It is wrong for TSC to interpret the ruling in a manner that would hurt teachers,” Sossion said yesterday.

Knut had opposed the new guidelines, demanding that promotions be based on merit, seniority, vacancies, academic and professional qualifications. TSC’s plea that all teachers promotions be based on performance as contained in the career progression guidelines was also quashed.
Justice Ongaya had also nullified the 2016 Performance Appraisal System for teachers, but later lifted the orders and asked TSC to roll them out as soon as practically possible.

In a tough statement released yesterday, TSC said the court ruling left the Commission in an awkward position over the full implementation of the CBA.
Macharia revealed that to comply with the court order, it was necessary to run a parallel payroll to capture Knut members and those who are not affiliated to the union.

“The judgment necessitated preparation of two parallel payrolls in order to comply with the ruling without disadvantaging teachers who are not Knut members,” she said.

She however said non-Knut members have benefited from the implementation of Phase Three of the 2017-2021 CBA.

“Their pay slips will reflect the enhanced pay in line with their grades. The payroll for Knut members has not factored in Phase Three of the CBA because the court ordered that their terms be based on the Schemes of Service and not Career Progression Guidelines (CPG),” Macharia added. This means that some 103,624 Knut members – including head teachers, deputy head teachers and senior teachers – will be affected.

“Inevitably, this will also lead to Knut members losing all the benefits embedded in the CPG as an implementation tool for the CBA,” she said.

The TSC CEO said part of the loses will affect major promotional benefits that had been achieved through the career progression guidelines.
“Specifically, some 96,000 teachers formerly designated as P1 and who were promoted to B5 with effect from July 1, 2017 will not be promoted under common cadre to C1 on July 1, 2020.”

Under the new grading structure, Grade P1 which fell under Job group G was scrapped and replaced with Grade B5. The Grade B5 is now the entry grade for all primary school teachers. Grades that followed J, K, L, M, N have been re-named C1, C2, C3, C4 and C5 respectively. A higher band of grades that were previously P, Q and R were renamed D1, D2, and D3 respectively.

Teachers also got additional job groups S and T, which have been renamed D4 and D5 respectively. Macharia said TSC will not effect promotions and that for members of Knut, it will strictly be as per the provisions of the Schemes of Service.

TSC holds that the old approach to promotions ended when both parties signed a CBA on July 1, 2017. Macharia said the application of Schemes of Service as was advocated by Knut did not and cannot guarantee automatic promotion since they were subject to availability of vacancies, among other factors. Teachers were previously promoted based on three Schemes of Service – non-graduate, graduate and technical teachers and lecturers.

Macharia said that under the CPG, teacher promotion can be accelerated without the requisite three years’ service in a grade as was the case in the schemes of service.

Teachers March salaries: The Teachers Service Commission has announced that teachers will not receive reduced salaries for the month of March. This follows fears that...
Read more

TSC Interns Unpaid: The Teachers Service Commission (TSC) is on the spot after thousands of interns clocked the third month without getting paid. Under...
Read more

Masters Degree in Kenya: Civil servants will no longer be required to obtain a Master's degree in order to get promoted at work. This...
Read more

TSC Interns: The Teachers Service Commission is set to hire 5,000 teachers on permanent and pensionable basis. The commission is also set to hire...
Read more
- Advertisement -