Home » FEATURED » Caroline Gikunda: I divorced a cop, now I know why some kill their spouses

by Bizna Reporter
in FEATURED
Reading Time: 3 mins read
A A 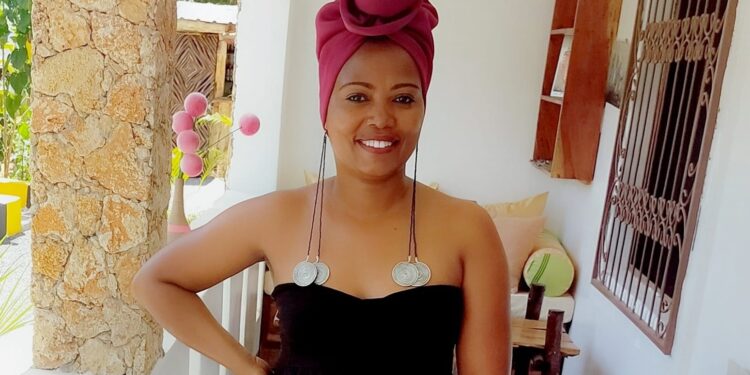 Police Homicide: BY Caroline Gikunda: The sad story where CS Fred Matiang’i body guard killed his wife and committed suicide… We have seen arguments where people justify it by saying that police officers are badly paid and therefore depressed.

Having been married to a former college colleague who later became a police officer, having lived with them and in their quarters, I can say that the problem of the Kenyan police forces is in a deep rooted culture that starts right from their training.

It spreads to their nature of work and practically lives with them. If I have seen misery in life, I saw it in the police quarters.

Right from the training, these people are isolated. Regardless whether they’re family men or women, you are restricted from seeing them, and for the 9 months plus months that they’re in the training, not their parents, children or spouses are allowed to see them.

I am hoping this has since changed because I find it uncouth and anti the current times we are in.

The nature of training.

The hardness, the language, the shouting, the insults…

In goes a human being and out comes a beast.

When these people are trained, I am not sure they are told that this is a job like any other.

They come out feeling superior and ready to settle scores with the tormentors of their past.

Majority of them believe they can get away with anything.

The men and women of uniform give what was instilled in them, right from the training school.

Unfortunately it’s not humanity or kindness. It’s not socialisation or love.

They give what they have… which is wrath. Solitude. Roughness… and as a result they have very few friends or no friends at all because people loathe what comes with them.

This is NOT to say that there are no good Cops, there are…but they have worked on themselves for a while, and it’s a decision they have taken away from the norm.

At their residences, they’re are on standby.

They cannot move around with their families, otherwise their children might never get education.

They move alone from place to place, and with time they have numerous broken families at every town they settle in, which adds to their misery and pressure for provision, read bribes.

They’re not going to acquire any house hold items because moving out will be hectic, and this (TR) or Tango Romeo is coming any time.

They settle for the simplest life possible at their stations of work. Just a shelter.

What does an adult man or woman do in an empty uncomfortable house in a strange town?

The result is a frustrated lonely human being, who is working and aging, with nothing much to his name. This frustration is meted on those around him, and his becomes a nasty circle of misery.

I could write a book about this. I hope someday the system will look into the plight of the cops, right from the roots. It will save them, their families and the public that they serve.