by Bizna Reporter
in FEATURED
Reading Time: 4min read
A A 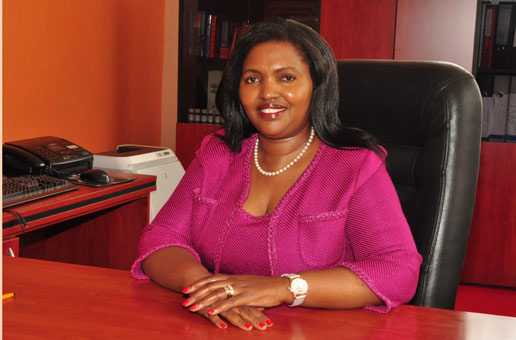 Tabitha Karanja Net Worth: Most successful entrepreneurs had to face numerous setbacks in starting their business. Billionaire Tabitha Karanja is not an exception. Currently she owns and manages a multi-billion company, Keroche Breweries. She has been at the heat of it all. From success to corporate battles and business practice controversies. Her story is incredible. How did she make it? How did she pull through? Here is her story as was first published by Nation Media Group’s Feature Writer Macharia Mwangi:

Tabitha Karanja is the Founder and CEO of Keroche Breweries, the first and largest brewery in Kenya owned by a non-multinational company.  Keroche breweries accounts for more than 20 per cent beer consumption in the country.

For the over 18 years that she has been in the liquor industry, staggering challenges have been brewing from all angles.

Farming on 1 acre: How Kiambu couple makes over Sh. 4 million

These roadblocks, including a number of run-ins with government institutions such as the Kenya revenue Authority, can easily break the back of even the most resolute person, but Mrs Karanja has been undeterred.

That she has kept her sobriety and never buckled speaks volumes of the depth of her staying power.

Apart from the latest brawl with KRA over unpaid tax amounting to billions of shillings, Keroche has also been at the centre of controversies in the fight against the second generation brews.

The multi-billion shilling firm has previously found itself in the thick of things, with regulators casting doubt on the quality of some of the company’s products.

Typical of her, Mrs Karanja aggressively took the bull by the horns.

The biography and career profile of Polycarp Igathe

For example, at the height of the war on illicit brews, former Naivasha Member of Parliament John Kihagi led a team to inspect Keroche premises. However, the manner in which the exercise was carried out rubbed Mrs Karanja the wrong way. Piqued, she exchanged words with the MP in the fully glare of the cameras.

“We clapped when the head of State ordered a crackdown on the second generation brews as we were also losing business as a result of these unlicensed brew makers,” she said  but quickly added that she did not expect the exercise to degenerate into  lawlessness, targeting genuine and legal businesses.

Even the regulators who had previously given her products a clean of health had turned against her.

“To my utter shock, even the Kenya Bureau of Standard listed a product belonging to my company as having not met the required standards,” she said.

As the impasse persisted, the company was incurring losses. “I lost an estimated Sh. 150 million in sales,” she revealed.

Eventually she prevailed, once again weathering another storm that was threatening to derail her exciting business journey.

Certainly Mrs Karanja is now battled-hardened having fought and won a number of epic wars which started when her business was barely off the ground.

See why Kenya abandoned this KQ plane in Ethiopia

Apparently she had entered a veritable no-go zone as from the word go, trouble seemed to be awaiting her at every turn.

However, two decades down the road, her focus and resilience has paid off, leading to a company that is holding a pride of place in the local market.

Mrs Karanja says the investors Kenya is looking for are right here in the country. She believes that if local investors are given the necessary incentives and encouragement, they would churn out jobs for the youth.

“Our people are going to foreign countries like China and Europe in search of foreign investors who after investing here repatriate the wealth to their countries the following morning,” she says.

Conversely, she says, Kenyan entrepreneurs take risks such as borrowing billions of shillings to set up businesses that create jobs, build the economy and retain wealth in Kenya. This must change, she says.

That she has been able to build the company from scratch, having started with Sh. 100,000, and nurturing to a Sh. 7 billion behemoth is a clear testimony of her business acumen.

At the beginning she just focused on producing fortified wines.

The reception in the market was encouraging and soon the demand outstripped supply, necessitating expansion.

Recently Mrs Karanja took a loan of Sh. 5 billion, the biggest loan an individual had borrowed in Kenya’s lending history, to fund a new plant.

The plant has a production capacity of 600,000 bottles a day. Now the brewer will not only comfortably meet the ever rising demand for its products locally, it also has to scout for more customers across the borders. In Kenya, the firm seeks to have a 20 per cent market share.

“The new plant has the capacity to produce 30 different brands, giving me a golden chance to stake a claim at the cutthroat market,” says Mrs Karanja.

As a woman, she has to juggle between family and business and evidently she is admirably balancing the two divergent responsibilities.